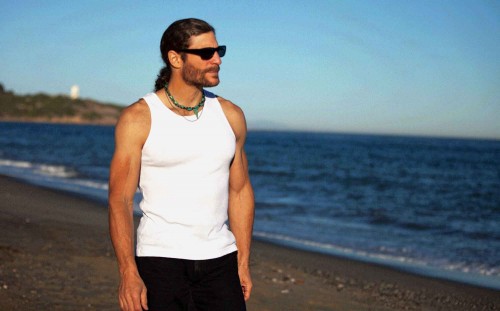 Kenny Davin Fine, who sacrificed a conventional career in medicine and much more “for goodness’ sake,” has scheduled initial “Health in Music” CD Release Events in Philadelphia (May 13 at the Tin Angel), Nashville(May 21 at Douglas Corner), and his hometown, St. Louis (June 8, Trainwreck Saloon) to celebrate the release of Son of the Heart. More dates will be announced soon.

Following in the vein of artists such as Matisyahu and Peter Himmelman, Kenny Davin Fine writes lyrics of passion that become the songs which fuel his mission to elevate listeners to a place of spiritual clarity and “goodness.” The Dallas Morning News said Kenny “is sure to continue his quest to heal others by combining his two gifts.”

“I grew up listening to the music of artists such as Neil Young and the Allman Brothers,” says Kenny. “They instinctively knew that if they wrote and played from their passion that the lyrics and the music would affect listeners. I am inspired by that as a jumping off place, and then I try to take it to the next level by mixing in spiritual understanding with those great tunes. The lyrics come to me in my dreams and sometimes the meaning of them eludes me until months or years later.”

Kenny is a self-described “spiritual journeyman” who discovered his singing voice as a cantor in a synagogue and realized in that moment that he could be the voice which stirs people’s souls. He continues his cantor practices to this day.

Diverse mix of songs take the listener on a journey: The emphasis track, the Allmans and Dylan inspired “Dreamin’,” is an upbeat tune that encourages the listener to enjoy life and love. “Dreamin’” has been getting attention at country radio, and was #2 Most Added in its 2nd week;“Who’s That Girl” is pure power pop ear candy, with sweet melodies and sugary harmonies; “Summer of Love” will please any Parrott Head, with its Buffett-like “island country” tropical flavor; “Friendship,” which names Young and other fabled artists like Jim Morrison and Bob Dylandirectly in the song; to a spiritual shout to the heavens through the lyrics of “Aliyah.”

Son of the Heart is a wonderful serving of music from a true collaboration of forces: the producer, the musicians, the studio, and Kenny himself.

Michael Lloyd is a celebrated producer who oversaw the blockbuster Dirty Dancingsoundtrack and has over 100 gold and platinum records ranging from standards, pop and rock to country, jazz and gospel, from artists such as Lou Rawls, Frank Sinatra, the Bellamy Brothers, Belinda Carlisle, Hal Ketchum and dozens more.

To add to the magic, the songs were recorded in Los Angeles at The Village Studios, famous for its historic affiliations with the Allman Brothers, Johnny Cash, Ray Charles, the Doors, George Harrison, John Lennon, Dylan and countless others.

“Michael (producer, Michael Lloyd) and I both intuitively understand that music as an art form is created through a spiritually creative process,” says Kenny. “That’s where our bond began. And the record is the proof of that theory.”

Son of the Heart is available on iTUNES and most digital download destinations as of May 20.

All Californians should stay at home except for essential needs like getting food and caring for a relative or friend. Stay six feet apart if you do go out for essential services. We can slow the spread of COVID-19 together. Visit https://t.co/z5l4vxMwvR. #StayHomeSaveLives pic.twitter.com/cwgJcJ8ZR2