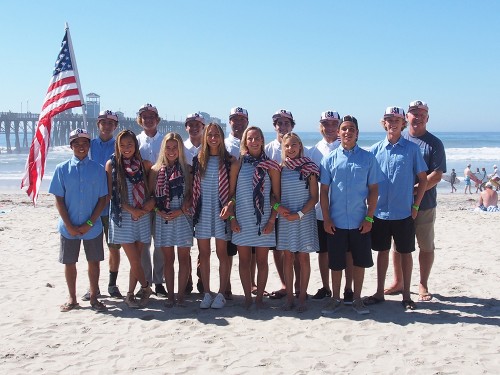 LA JOLLA–Approximately 322 athletes from 36 countries have been confirmed to compete in the 2015 VISSLA ISA World Junior Surfing Championship taking place from October 11 to 18 in Oceanside.

The opening ceremony will kick off the festivities featuring the Parade of Nations and Sands of the World at the Junior Seau Oceanside Pier Amphitheatre.

Featuring 322 of the world’s top junior surfers, this edition of the ISA World Junior Surfing Championship will have the most competitors in the event’s history making it the largest to date.

“As the largest ISA World Junior Surfing Championship in history, this year’s competition is the pinnacle of junior surfing and a look at the future of the sport,” said ISA President Fernando Aguerre on the historic ISA World Championship. “With the solid swell that we have on hand, I’m sure surfing will be taken to new heights. I love watching junior surfers, they give us a glimpse of the future.”