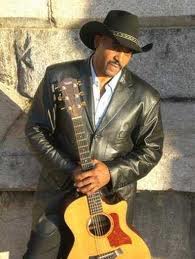 The DC Jazz Festival, formerly the Duke Ellington Jazz Festival, will feature more than 100 jazz performances at concert venues and clubs throughout Washington, DC, June 1-13, 2011. San Diego County News will feature some of the hot lineup of artists during the festival’s run. Among the top showcase of talented artists performing will be jazz vocalist, Allan Harris, out of New York. Harris will be performing June 3-4 (8:00 p.m.-12:00 Midnight), at the fabulous Mandarin Oriental Hotel’s Empress Lounge.

Accomplished drummer and vibraphonist, Chuck Redd, will accompany Harris on drums — along with a cool bassist out of DC by the name of Zack Pride; Pianist Chris Grasso will be on keyboards on Friday’s schedule, and jazz pianist Andrew Adair will spread the groove on Saturday night’s schedule. The combination of Harris, Redd, Pride, Adair, and Grasso, will be an explosive creative mix of contemporary stars and regional legends.

Allan Harris is not your typical jazz vocalist

Allan Harris is not your typical jazz vocalist you would expect to sing anything else but jazz. Harris is a versatile artist who can swing with jazz, and sing quite well Southern rock, blue grass, country, and R&B. He composed “Cross That River”, a full-scale musical celebrating the Old West as told through the words and music of an African-American cowboy, and has received a prestigious Chamber Music America Grant for that work. The show received critical acclaim when it debuted on Broadway in 2009.

Harris said the musical depicts the sometimes tragic, sometimes humorous life and times of Blue, a run-away slave who escapes to Texas to become one of America’s first Black Cowboys. The story transports the audience to the unsettled West of the 1860’s through compelling storytelling and infectious music that ranges from country and bluegrass to soul, blues and rock gospel. An entertaining and personal story of hardship and perseverance, Cross That River is ultimately about our single most precious birthright – freedom.

Harris has received outstanding reviews for his musical virtuosity from musical critics in the U.S., Europe, Russia, and the Far East.

Chuck Redd is a vibraphone and drummer extraordinaire 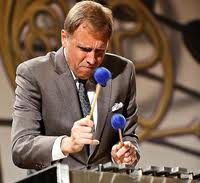 Chuck Redd is one cool cat who has played with just about anybody who is somebody in jazz. Redd is an accomplished performer on both drums and vibraphone. He began performing and recording internationally when he joined the Charlie Byrd Trio in 1980 at the age of 21. In that same year, he joined the Great Guitars (Barney Kessel, Charlie Byrd, and Herb Ellis). Redd has 13 extensive European tours and 5 tours of Japan under his jazzy wings, performing with Terry Gibbs, Conte Candoli, and others. Redd had the distinction of serving as Artist-in-Residence at the Smithsonian Jazz Café in Washington, DC from 2004-2008.

The Washington Post has described Redd’s lively musical performances as having a “melodic sparkle.” The Jazz Times wrote that Redd’s vibes work is “exquisite.”

Redd is featured on over 70 recordings. Recent releases include his Arbors CD, “All This and Heaven Too”, featuring Gene Bertoncini and George Mraz, and “The Swing Kings”, an all-star session featuring Bucky and John Pizzarelli, Ray Kennedy and Ken Peplowski. He can also be heard on the sound track to the popular PBS television series, “The Great Chefs”, and the NPR broadcast “Jazz Smithsonian.”

Performances by Chuck include a concert with the Dizzy Gillespie Quintet in Africa for the Namibian Independence Celebration, a recital at the White House with the Barney Kessel Trio, concerts at Carnegie Hall with Mel Torme’s Quintet, and The Tonight Show. In 2008, he was featured in the finale concert at The Lionel Hampton International Jazz Festival with The Lionel Hampton Big Band and the Clayton/Hamilton Jazz Orchestra.

In addition to leading his own groups, Chuck was a member of the Smithsonian Jazz Masterworks Orchestra for 15 years. He frequently performs in New York City and headlines nationally at festivals and clubs. Chuck is on the faculty at The University of Maryland School of Music and presents master classes, workshops and lectures around the country.

Chuck’s newly released Noteworthy CD, “When Redd is Blue” is a collaboration with his brother Robert, featuring saxophonist Harry Allen. His Arbors CD “Happy All The Time,” is a critically acclaimed tribute to his mentor, Barney Kessel and features Monty Alexander, Jeff Hamilton and Howard Alden. If you want to see a drummer who is in the tradition of great drummers like Buddy Rich and Max Roach, you had better catch this dude while he is still hot.

Zack Pride can absolutely play some of the funkiest bass playing ever. You will be inspired by his note choice and space within his lines. His composing is also incredible –and oh man does he have a skill in picking those notes. According to Pride’s bio, although he started playing a violin at age seven, he learned music from watching his mother play organ during church choir rehearsals. After being introduced to the church bassist, he immediately made the switch. This young artist went on to attend Oberlin Conservatory, where he was introduced to jazz, and has never looked back.

Pride has spent time under the tutelage of such jazz masters as Buster Williams, Ray Brown, Lonnie Plaxico, Matthew Garrison, Peter Washington, and Rufus Reid. Reid was so impressed with this young musician’s talent that he suggested he perform for the memorial service of the late great Milt “The Judge” Hinton. Pride has performed with and opened shows for jazz musicians too numerous to list. Thank you momma – thank you for letting your boy make that switch because Zack Pride’s name says it all. 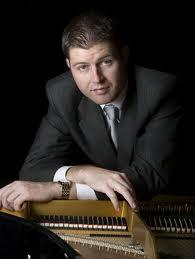 “Pianist Andrew Adair was a constant asset, sustaining both unexpected breaks and a sense of completion in his lines while maintaining a balance between right- and left-hand attacks that added special luster to his block chords. Adair’s solo on ‘Cool Breeze’ was a shape-splitting delight, while his support during the duo reading of ‘Easy Living’ revealed an unselfish accompaniment with a rich, ringing touch.” Bob Blumenthal, Boston Globe. The Boston Globe critic could not have stated his critique of Andrew Adair’s unique approach to the piano any better! Adair is gifted and has a swagger most young pianist his age only could wish for. As a sideman, Adair has performed with such jazz greats as Donald Harrison, Benny Golson and Curtis Fuller. He has performed at all the great jazz halls, clubs, and festivals in New York, Brazil and Europe.

Andrew Adair began playing the piano at age six. After a period of classical training, including a year at the Juillard School in New York, Adair switched his focus to the jazz discipline. In 1995, Adair moved to New Orleans, where he trained and studied with legendary Elias Marsalis. After joining the Donald Harrison band in the summer of 1997, Adair relocated to New York, where he was based until moving to DC in 2002. Since his arrival to DC, Adair has become somewhat of a local fixture by appearing with local musicians as Chuck Redd and drummer Lenny Robinson. 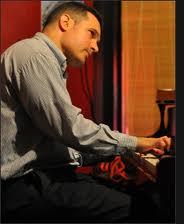 According to Chris Grasso’s bio, he is a Washington, D.C. based jazz pianist who specializes in working with vocalists. Chris serves as Music Director for D.C.’s most in-demand jazz vocalist, the incomparable Sharón Clark. They perform regularly at Mandarin Oriental Hotel, Washington D.C., and have appeared together on many stages, from the National Mall, as part of the Duke Ellington Jazz Festival, to the Cape May Jazz Festival in 2006, 2007 and 2009.

The bio goes on to state that in addition, Chris has made multiple appearances at the East Coast Jazz Festival and has performed at all the major venues in the Washington, D.C. area, including the One Step Down, Blues Alley, Twins Jazz, Bohemian Caverns, the Smithsonian Jazz Cafe, the Kennedy Center, and the Music Center at Strathmore. Chris serves as Music Director for Mandarin Oriental Hotel, Washington D.C., and performs regularly with Amaretto, the area’s premiere high-energy dance band.

Prior to pursuing a career in jazz, Chris studied classical piano at the Peabody Conservatory in Baltimore and the University of Michigan, Ann Arbor, where he earned a Bachelor of Musical Arts degree and won the university’s concerto competition. He also placed third in the National Chopin Competition and has appeared as a concerto soloist with the University of Michigan Philharmonic and the Syracuse Symphony. After college, he took an eight-year break from music, working as a journalist, earning a law degree from the University of California-Berkeley and practicing law in Washington D.C.

Following the tremendous success of the Duke Ellington Jazz Festival, the event was re-branded and named the DC Jazz Festival to highlight the national and international impact of this significant cultural offering in the nation’s capital. Festivals DC, an organization created in 2004 to develop cultural and educational programs in Washington, DC, produce the event.

Danny R. Johnson is a freelance journalist based in Washington, DC.