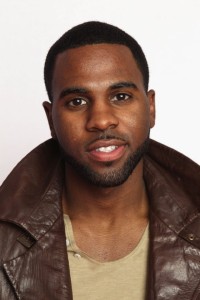 BURBANK–The fan-fueled third annual iHeartRadio Music Awards will be hosted by Jason Derulo April 3, bringing the music of the iHeartRadio app to life at the historic Forum in Los Angeles.

The 2016 telecast will feature today’s biggest artists and songs with live performances by Zayn, Chris Brown, DNCE, Fetty Wap and Demi Lovato who were added to the list of already announced performers including Justin Bieber and Meghan Trainor, with more to come. The telecast will also feature first-time duets and collaborations, celebrity guest appearances, live award presentations, and exclusive can’t-miss special performances by Pitbull and Maroon 5 that will be simulcast from the Capital One JamFest, which is part of the March Madness Music Festival taking place in Houston, TX. This is the first year for the Turner networks to simulcast the event, which is scheduled to take place on Sunday, April 3, the night between the NCAA Final Four National Semifinals and the NCAA National Championship on TBS.

“iHeartRadio has been such an important supporter of mine, and I’m thrilled and honored to be hosting this year’s iHeartRadio Music Awards,” said Jason Derulo. “2015 was an incredible year for so many talented artists. It’s going to be a great night of celebration and performance for music fans all across the country, and I couldn’t be more excited to be a part of it.”

“Over the past four years we have seen Jason evolve into a global superstar,” said John Sykes, President of Entertainment Enterprises for iHeartMedia. “When we were choosing a host, there was no doubt in our minds that Jason was the man for the job.”

“Jason Derulo embodies all of the qualities of the perfect host for our show,” said Tom Poleman, President of iHeartMedia’s National Programming Group. “Anyone who has ever seen Jason perform knows that he has the rare ability to completely connect with his audience. Since the iHeartRadio Music Awards is about bringing fans and artists together, there is no better liaison than Jason. He is a creative and talented artist with the same passion and energy as our fans, making him the perfect bridge between the two groups.”

Nominees for the iHeartRadio Music Awards were announced on February 9. Fan voting will determine this year’s “Best Fan Army presented by Taco Bell,” “Best Lyrics,” “Best Collaboration” and the first-ever “Best Cover Song,” “Best Song from a Movie,” “Most Meme-Able Moment” and “Biggest Triple Threat” awards. Voting began through iHeartMedia’s social media partner Telescope on February 9 and will extend through March 25, with the “Best Fan Army presented by Taco Bell” and “Most Meme-Able Moment” voting continuing through the evening of the awards on April 3. Fans can vote by visiting iheartradio.com/awards.

This year’s awards will feature a broad array of categories. Category finalists (by alphabetical order) are:

Song of the Year:

Album of the Year: (New Category)

Alternative Rock Song of the Year:

Country Song of the Year:

Dance Song of the Year:

The event will air live on TBS, TNT and truTV at 8 p.m. ET/5 p.m. PT and will broadcast on iHeartMedia stations nationwide, as well as on the iHeartRadio digital music platform.