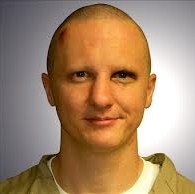 WASHINGTON, D.C–Tucson shooter Jared Lee Loughner, 23,  pleaded guilty Tuesday in federal district court to charges stemming from the January 8, 2011 shooting outside a supermarket that killed six people and wounded 13 others.  Under the terms of the plea agreement, Loughner will be sentenced to life in prison with no eligibility for parole.

“It is my hope that this decision will allow the Tucson community, and the nation, to continue the healing process free of what would likely be extended trial and pre-trial proceedings that would not have a certain outcome. The prosecutors and agents assigned to this matter have done an outstanding job and have ensured that justice has been done,” said Attorney General Eric Holder. “In making the determination not to seek the death penalty, I took into consideration the views of the victims and survivor families, the recommendations of the prosecutors assigned to the case, and the applicable law.”

“Given the defendant’s history of significant mental illness, this plea agreement, which requires the defendant to spend the remainder of his natural life in prison, with no possibility of parole, is a just and appropriate resolution of this case,” said U.S. Attorney John S. Leonardo. “I hope that today’s resolution of this case will help the victims, their families, and the entire Tucson community take another step forward in the process of healing and recovering from this sad and tragic event.”

“Today, we remember the victims and their families who tragically lost their lives on January 8, 2011, as well as those in the Tucson community who were greatly affected by this senseless tragedy,” stated FBI Special Agent in Charge James L. Turgal Jr., Phoenix Division. “I would like to thank the Pima County Sheriff’s Office and the United States Attorney’s Office who we worked side-by-side with on every aspect of this joint investigation. I would also like to thank all of our federal, state and local law enforcement partners for their tireless efforts in this case. The partnerships that we have throughout Arizona enabled the FBI to have a coordinated response which resulted in a comprehensive and thorough investigation—all which has led up to today’s plea agreement.”

According to the plea agreement, on Jan. 8, 2011, Loughner showed up at Congresswoman Gabrielle Giffords’ “Congress on Your Corner” event outside the Safeway grocery store in Tucson armed with a loaded semi-automatic pistol and carrying three additional magazines containing 60 rounds of ammunition with the intent of killing Congresswoman Giffords and others attending her community event.

Through a plea agreement, Loughner pleaded guilty to 19 counts of the superseding indictment handed down March 3, 2011.

Under the terms of the plea agreement, Loughner will be sentenced to seven consecutive life sentences.