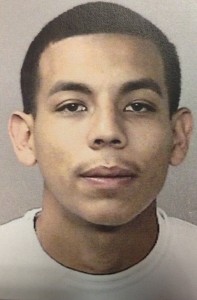 BAKERSFIELD–The Secret Witness Program is offering a reward of up to $10,000.00 for information leading to the arrest of a 21 year old male in connection with a fatal shooting of two people, and the wounding of two others on May 26 in Bakersfield.

Bakersfield police obtained a Ramey Warrant for the arrest of Julio Jesus Romero of Bakersfield. The suspect is considered armed and dangerous, according to police.

Investigators say the shootings occurred on May 26 at a party in the 3700 block of Columbus Street. On May 28, at approximately 5 p.m., the police department’s S.W.A.T. Team arrived in the 3900 block of Deacon Avenue, in an attempt to find Romero; however, he was not located.

Two of the victims, both from Bakersfield, sustained fatal wounds, while the other two are in critical but stable condition at local hospitals. The first deceased victim is a 17-year-old male whose name is not being released at this time. The second deceased victim is identified as 20-year-old Jose Garcia III.

The two additional injured victims are identified as 20-year-old Ramon Garza and 20-year-old Reginald Bailey, both from Bakersfield.

The Secret Witness phone line operates 24 hours a day. Secrecy is guaranteed to those who call. Callers will be asked to select a code name and code number when they provide information to Secret Witness. Should additional contact with the caller be necessary, the code name will be published along with a request for the original caller to establish contact. Once contact is made, the caller will be asked to provide their original code number for verification purposes. The same steps will be taken to pay a reward to the caller. Secret Witness is operated under the direction of an independent, voluntary board of directors representing civic organizations, law enforcement agencies, media outlets, and corporate sponsors.