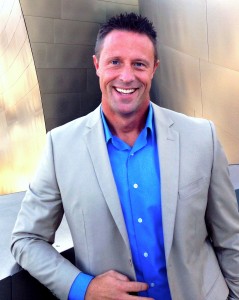 “I am thrilled to be rejoining the chorus in this role. With almost three decades of fun-filled concerts and work in our community, I believe that the best days of the chorus are still ahead,” said Haus.  “I am honored to be a part of this group of talented singers and remarkable men. I can’t wait to work together to put on amazing show this spring.”

Presently, Haus is the Music Program Director for the Rancho Santa Fe School District and has more than 20 years of experiences as an educator, musician and motivational speaker.  He previously served SDGMC as assistant artistic director and worked with the group’s highly acclaimed ensemble group.  He and his partner, Bryan Larsen, reside in San Diego.

Haus’s first role will be to audition new members for the upcoming season.  Anyone interested in auditioning should pre-register at sdgmc.org and click the “Join Us” link or call (877) 296-7664.  Auditions will be held on Saturday, January 4 from 1 to 5 p.m. and Sunday, January 5 from 1:30 to 5 p.m. at the University Christian Church at 3900 Cleveland Avenue in Hillcrest.  All singers and volunteers are invited to “Info Night” on Monday, January 6 from 7 to 9 p.m. at the church.

SDGMC is also kicking off its new Alumni Association to help keep former singers as part of the family.  As a special, one-time event, any singer who joined the chorus since 2010 and left in good standing may rejoin without re-auditioning.

All singers joining will begin rehearsing with Haus for Wow! The Chorus Sings the ‘90s including the hits of Whitney, Mariah, Madonna and more.  The show will take place on Saturday, April 5 at 8 p.m. and Sunday, April 6 at 3 p.m. at the Lawrence Family Jewish Community Center Theatre in La Jolla and directed by Joey Landwehr.