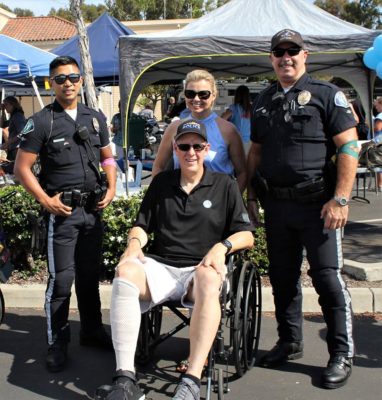 Officer Brad Hunter is currently assigned to the department’s Traffic Section, working light duty until medically released to return to full duty. It is anticipated that he will return to his traffic enforcement duties in the near future.

On June 19, 2017, Officer Hunter, a 29-year veteran with the department, was conducting a traffic stop in Oceanside when a driver of a silver Dodge Neon entered Foussat Road and drove at the officer hitting him.

Roberto Ignacio Flores, 26, of San Marcos, was later arrested and charged with attempted murder of a police officer and felony hit and run.