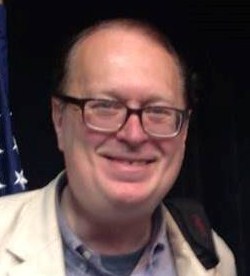 On October 9, John Lennon, one of the greatest musicians and peace activists of the 20th century, would have been 75. Lennon was a complicated person based on his troubled relationship with his first family, his views of the disabled, and his reported drug use.

John Lennon was no saint, but his music, I believe, had and continues to have a positive influence on the world. On a Liverpool bus tour of locations associated with the Beatles, the band’s songs played for the enjoyment of tourists from many countries. The only English many of my bus mates could speak were the lyrics to the John Lennon-Paul McCartney songs, including “Yesterday,” “In My Life,” and others.

Lennon’s solo masterpiece “Imagine,” which he said he could not have written without his second wife Yoko Ono, is a beautiful testament to Lennon’s complicated life. The song, released in the U.S. on October 11, 1971 when Lennon was 31, plays continuously on the Internet, radio stations, and in the minds of people around the world.

When I first heard “Imagine,” I was in a segregated high school in Alabama. I loved the Beatles’ music of the 1960s despite the dominant opinion in my small town the Beatles were queers, communists, and were “against God.” Because I loved the Beatles, I was considered the same. I imagined “a brotherhood of man.”

On the concluding episode of the groundbreaking 1973 PBS series “An American Family,” widely considered the first reality TV program and which controversially introduced gay son Lance Loud to TV audiences, Lennon’s “Imagine” closed the series. Though Loud’s sexuality was unstated in the documentary, his words, residence at Hotel Chelsea, male companions, makeup, and family interactions left no doubt he was gay.

In the final frozen scene from “An American Family,” set in Santa Barbara, California, Loud embraced himself as he stood next to his father Bill Loud, who had a forced smile on his face. “Imagine” was used to imagine an America where families accepted their gay sons. As a gay youth, the message was clear to me. (In 2016, Loud, lost to AIDS in 2001, would have been 65.)

In my life, I was watching Monday Night Football with my grandfather in 1980 when ABC sportscaster Howard Cosell announced John Lennon had been shot and rushed to Roosevelt Hospital in New York. “Dead on arrival,” Cosell told the world.

As a diplomat in Mexico City, I shopped at a Liverpool store in a mall as a video of Lennon, dressed in white in a white room and playing a white piano sang “Imagine,” played.

Lennon’s “childhood” home in Liverpool is open by appointment through the National Trust. In the kitchen, where the guest book was at the table when I visited, I saw a photo on the wall of a very young Lennon with guitar and standing on a stage. I asked the curator what age Lennon would have been in the photo.

“Fifteen,” he told me. I asked because Lennon had a cigarette between his lips.

At the Rock and Roll Hall of Fame and Museum in Cleveland, where I am a member and a donor, I saw a blowup of a letter from segregationist GOP U.S. Senator Strom Thurmond urging Attorney General John Mitchell to deport anti-Vietnam war activist Lennon, then living in New York. Lennon was not deported. Thurmond, the father of a mixed-race daughter, died in 2003 at age 101. Mitchell served 19 months in prison due to Watergate crimes. Lennon’s revenge?

Prior to YouTube, “Imagine” played in my mind at the death of my grandfather, the deaths of my parents, the death of my daughter, and the morning of September 11, 2001, as I sat in my Washington DC office and saw the city become a war zone. The song also plays mentally when I visit the 9/11 memorials in Manhattan and at the Pentagon. As the song plays, I imagine a world living life in peace.

Though Lennon had a complicated personal life and controversial views on drugs, the disabled, and Christianity, I hear a different message in his music.

Human Rights advocate Jim Patterson is a writer, speaker, and lifelong diplomat for dignity for all people. In a remarkable life spanning the civil rights movement to today’s human rights struggles, he stands as a voice for the voiceless. A prolific writer, he documents history’s wrongs and the struggle for dignity to provide a roadmap to a more humane future. Learn more at www.HumanRightsIssues.com