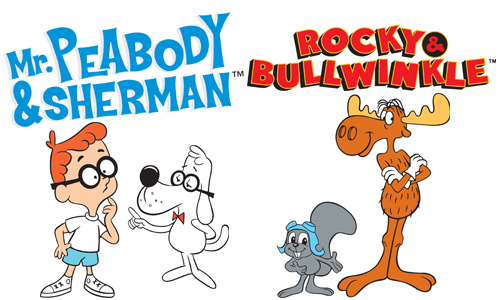 SAN DIEGO–IDW Publishing, along with DreamWorks Classics and Bullwinkle Studios, have teamed up to bring Jay Ward’s classic characters and stories back to comics! Beginning this fall, fans will see the return of Rocky & Bullwinkle, Boris & Natasha, Snidely Whiplash, Mr. Peabody & Sherman, and Dudley Do-Right, just to name a few.

While creative details have yet to be announced, there are also plans for reprints of the wealth of previously published comics based on Ward’s colorful characters.

“Jay Ward’s characters and concepts are landmarks in animation storytelling, and they remain as funny and relevant as ever,” said IDW President Greg Goldstein. “The phrase ‘fan-favorite’ is often overused, but in this case, it’s well earned and justified. We’re thrilled to add these brands to our ever growing list of all-ages titles.”

At once hilarious, heart-warming, and ahead of their time, this cast of characters, first introduced by Jay Ward in 1959, have delighted generations of all ages, and needless to say, IDW can’t wait for fans to see their return to comics!