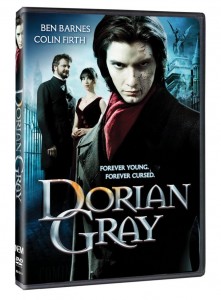 When a strikingly handsome but naive Dorian (Barnes) arrives in Victorian London he is swept into a social whirlwind by the charismatic Lord Henry Wotton (Firth), who introduces him to the hedonistic pleasures of the city. Lord Henry’s friend, society artist Basil Hallward (Chaplin) paints an exquisite portrait of Dorian to capture the full power of his youthful beauty and when it’s unveiled, Dorian makes a wishful vow to give anything to stay as he is in the picture – even his soul. When his flippant pledge is fulfilled – his portrait ages while he does not – the young master descends down a path of horror, wickedness, debauchery and murder in order to hide his terrifying secret.

From director Oliver Parker, who has made a career out of directing Wilde’s plays “The Importance of Being Ernest” and “An Ideal Husband,” comes this stylish adaptation certain to thrill genre aficionados and literary adaptation fans alike. National Entertainment Media presents “Dorian Gray” in 16×9 widescreen (1.78:1). The DVD sports 5.1 Surround Sound and the Blu-ray edition featuresDTS-HD Master Audio; both have English SDH subtitles for the deaf and hard of hearing. Both are packed with bonus features, including audio commentary with director Parker and screenwriter Toby Finlay, multiple behind-the-scenes featurettes including cast/crew interviews, deleted scenes and more.