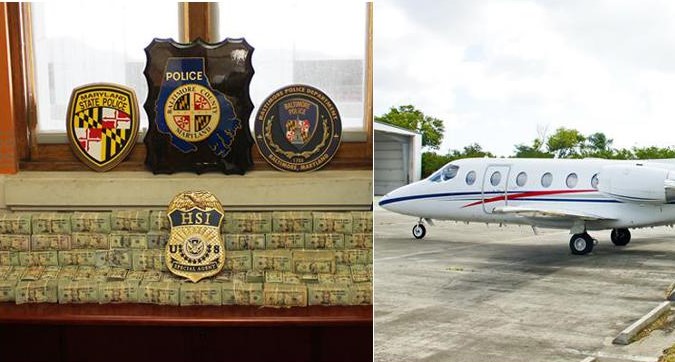 “With the support of our law enforcement partners, we have inflicted a significant hit on the criminal organizations that exploit our communities for financial gain.  We will continue to target their illicit cash and disrupt their destructive business model,” said HSI Special Agent in Charge Andre Watson.

Transnational criminal groups use a network of sophisticated smuggling operations and tactics to move illicit proceeds in, around and out of the United States. Funds are often derived from a number of criminal activities, including trafficking narcotics, weapons, and people. Targeting criminal assets is one of the government’s most effective tools in combating transnational crime.  Bulk cash smugglers use a variety of transport mechanisms, including passenger vehicles, private and commercial airplanes, trains, boats and commercial trucks. These crimes are punishable by up to 20 years in federal prison and seizure of all associated funds.

As part of the effort to combat bulk cash smuggling, ICE established the Bulk Cash Smuggling Center in 2009. The center is an operational, intelligence driven investigative unit that combats bulk cash smuggling from both national and international perspectives. It disrupts pipelines used to move currency derived from illicit activity including drugs, weapons, human trafficking, foreign political corruption and contraband.