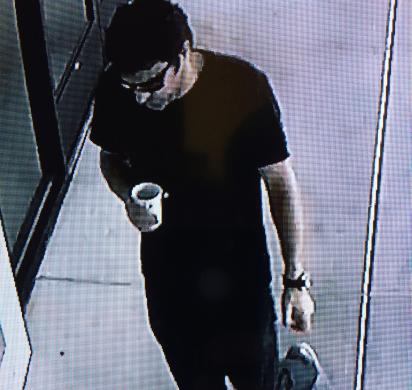 The dark-haired man was captured by a surveillance camera at the Walnut Creek Safeway in September removing a skimming device from under his jacket and installing it at a checkout stand. A store employee, who happened to be in the checkout line, witnessed the incident and alerted store security. Safeway immediately notified all of its Bay Area stores, resulting in the recovery of an identical device that had been installed simultaneously by a different suspect at a Safeway in Dublin. Both devices were detected and removed before any consumer data could be compromised.

Immediately following the incidents, Safeway contacted Homeland Security Investigations which opened an investigation into the crimes. That probe remains ongoing.

According to investigators, the man responsible for the Walnut Creek incident is believed to have been driving a Toyota Corolla.

“Skimming devices result in major losses for the affected financial institutions and can cause a disruption in consumers’ personal finances,” said Ryan Spradlin, special agent in charge for Homeland Security Investigations San Francisco. “Being alert plays a critical role in keeping our community safe. If you see something out of place or someone’s behavior that doesn’t seem quite right, don’t hesitate to notify authorities.”

In July 2015, Homeland Security Investigations received information that multiple crews were attempting to install Bluetooth-enabled skimming devices at Bay Area gas stations and other retail locations. The discovery of the two devices at the grocery outlets is believed to be related.

Homeland Security Investigations special agents ask members of the public who have information that may be relevant to this ongoing investigation, including any leads regarding the possible identity of the suspect, to contact HSI’s 24-hour toll free tip line at 1-866-DHS-2ICE (1-866-347-2423) or use the agency’s online tip form. Tips may be provided anonymously as well.