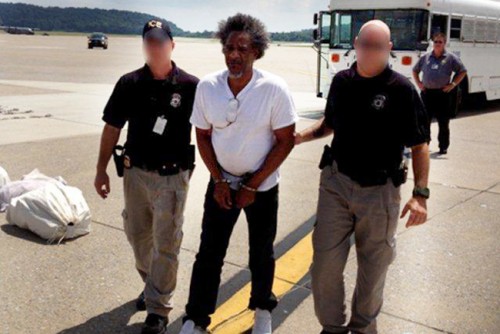 Rupert Stephenson, 59, who had been residing in Philadelphia, was repatriated onboard an ICE Air Operations charter flight and turned over to Jamaican authorities in Kingston.

He was initially placed in removal proceedings in January 1993 by the former Immigration and Naturalization Service after he served time for a felony weapons charge. He was released on bond, and subsequently, failed to appear in immigration court.

On March 9, 2012, he was encountered by ERO officers through Secure Communities after he was arrested in Philadelphia. He was using the name Laxy Mickenzie.

Stephenson was ultimately ordered deported by an immigration judge Jan. 3.

“Criminal aliens like Stephenson are on notice. The United States is not a safe haven where you can continue to commit crimes against our citizens,” said Thomas Decker, field office director for ERO Philadelphia. “Individuals who believe they can do so will be arrested and deported.”

Since Oct. 1, 2009, ERO has removed more than 645 foreign fugitives from the United States who were being sought in their native countries for serious crimes, including kidnapping, rape and murder.