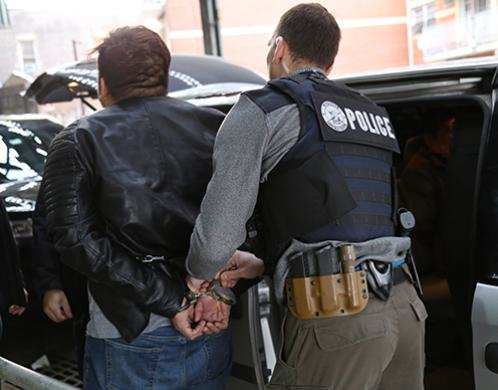 During the operation, ICE’s ERO arrested 225 individuals for violating U.S. immigration laws. Of those arrested, more than 180 were convicted criminals or had criminal charges pending, more than 80 had been issued a final order of removal and failed to depart the United States, or had been previously removed from the United States and returned illegally. Several had prior felony convictions for serious or violent offenses, such as child sex crimes, weapons charges, and assault, or had past convictions for significant or multiple misdemeanors.

“ICE continues to face significant obstacles with policies created by local officials which hinder cooperation between ICE and local law enforcement. Yet, with the tireless efforts of the men and women of ICE, this operation was a great success,” said Thomas Decker, field office director for ERO New York. “The fact is that a so-called “sanctuary city” does not only provide refuge to those who are here against immigration law, but also provides protections for criminal aliens who prey on the people in their own communities by committing crimes at all levels.  ICE is committed to enforcing the immigration laws set forth by Congress with integrity, despite the push-back and rhetoric within the city they serve.”

Criminal histories of those arrested during the operation are as follows: aggravated DWI, Assault 2nd, criminal trespass 2nd, driving while ability impaired, and driving while intoxicated.

ICE focuses its enforcement resources on individuals who pose a threat to national security, public safety and border security. However, ICE no longer exempts classes or categories of removable immigrants from potential enforcement. All of those in violation of immigration laws may be subject to immigration arrest, detention and, if found removable by final order, removal from the United States.

Some of the individuals arrested during this operation will face federal criminal prosecutions for illegal entry and illegal re-entry after deportation. The arrestees who are not being federally prosecuted will be processed administratively for removal from the United States. Those who have outstanding orders of deportation, or who returned to the United States illegally after being deported, are subject to immediate removal from the country. The remaining individuals are in ICE custody awaiting a hearing before an immigration judge, or pending travel arrangements for removal in the near future.

More than 60 individuals arrested during this operation were previously released from local law enforcement on an active detainer. ICE places detainers on individuals who have been arrested on local criminal charges and who are suspected of being deportable, so that ICE can take custody of that person when he or she is released from local custody.