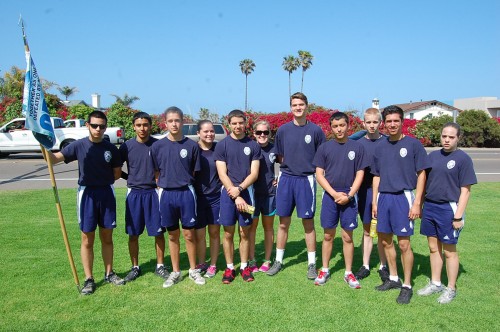 The run kicked off at Cannon Park at the corner of Carlsbad Boulevard and Cannon Road.  Participants ran in groups as a symbol of unity, and carried both the American and Peace Officers’ Memorial flags.