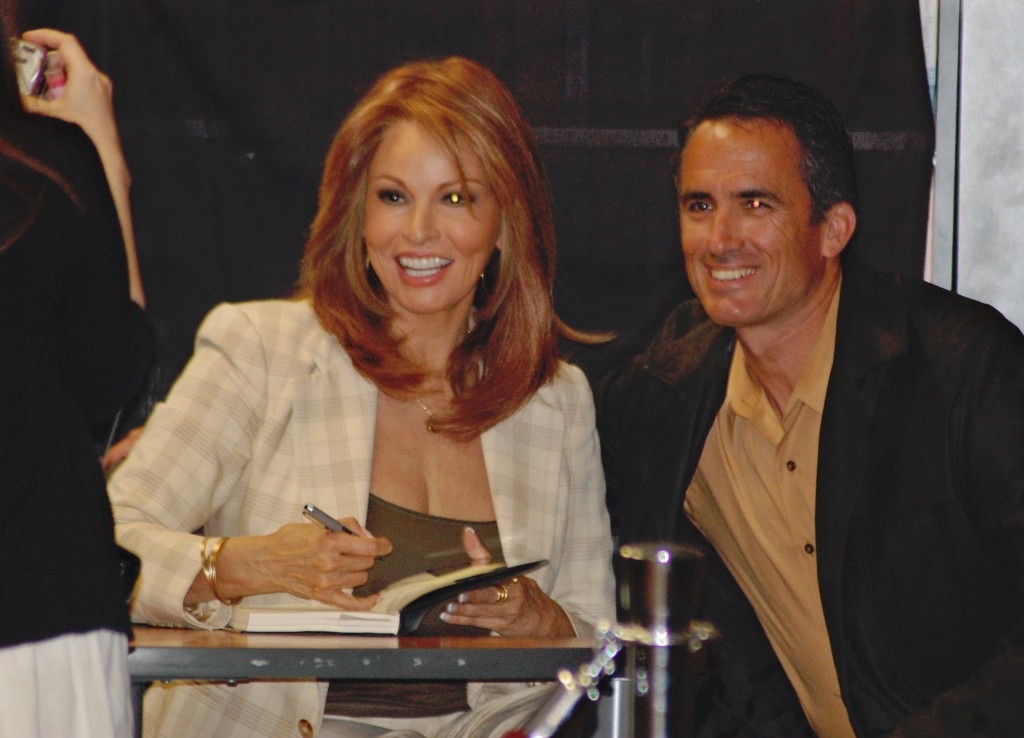 LA JOLLA–Hollywood icon Raquel Welch made a brief visit May 10 to Warwick’s Bookstore to promote her new book, Raquel: Beyond the Cleavage.

In her book, Welch writes about her views on sex, love, health, beauty, her career and family.

Over the years, Welch has down played her image as a Hollywood “sex symbol.“ She’s a different woman with a new perspective on life.

“It says beyond the cleavage, beyond the image, behind the image, something other than just the image, the kind of real person that is beneath all of those poster shots and sort of fantasy figure,” explains Welch.

Welch, 70, is no stranger to the San Diego area. She lived in La Jolla in her earlier years, attended high school and college, and worked briefly as a weather girl for KFMB television station.

She participated in a number of teen beauty pageants including Miss Photogenic, Miss La Jolla, Miss Contour, Miss San Diego and Miss Fairest of the Fair.

Asked about her return to her hometown, Welch was delighted to see her brother and sister, and meet with her high school classmates.

“I was really excited to come back and have my brother and sister coming. Maybe some other school friends will stop by,” said Welch.

She also made guest appearances on television and starred in two Las Vegas showroom productions “Victor/Victoria” and “Woman of the Year.”

Welch continues to work in the entertainment industry.