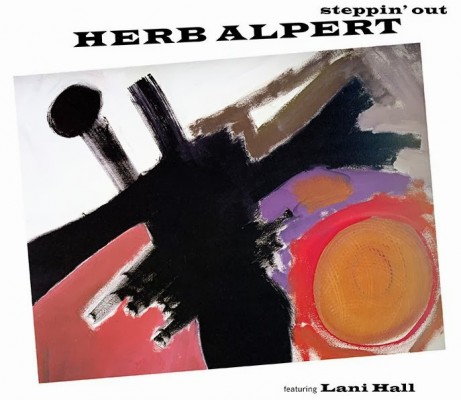 LOS ANGELES – The festive sound of 7-Time Grammy® Award winner Herb Alpert’s trumpet is instantly recognizable and always welcome; its effervescence makes you want to get up and dance and puts you in a reflective mood as well. Herb Alpert & the Tijuana Brass was an anomaly during the mid-sixties. When the British invasion was dominating the radio waves, here comes Los Angeles-raised Alpert with his south-of-the-border sound and hits the charts with a dozen instrumentals.

Herb Alpert’s latest production is a 16-tracks CD titled Steppin’ Out on the SHOUT! FACTORY label with a release date of November 19, 2013; and is loaded with music that has a broad-based appeal to the XYZ generation as well as aged Tijuana Brass fans. The album contains infectious music and Alpert’s trumpet playing is always tasteful, which makes Steppin’ Out so much fun to listen to.

Anyone who expects this album to be a mere exercise in 1960s nostalgia is in for the pleasantest of surprises. Herb Alpert is one amazing performer and musical genius who possesses a rare ability among composers to take even the most familiar of standards and make them sound completely fresh. 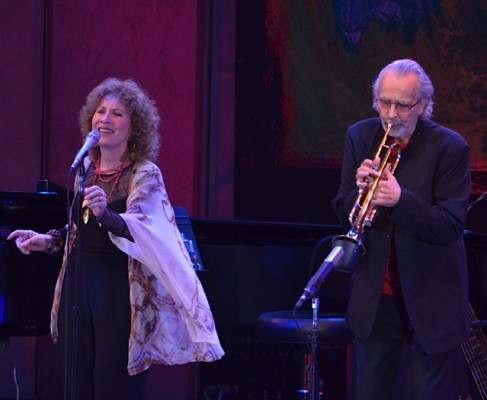 In Alpert’s case, it’s often a combination of rethinking an arrangement — coupled with the fact that one may never have heard that particular song played on a trumpet — that combine to make such musical magic. Whether it’s his speeded-up, jazzy takes on the usually moody Puttin’ On The Ritz, a popular song written and published in 1929 by Irving Berlin and introduced by Harry Richman in the musical film Puttin’ on the Ritz (1930); or the normally nostalgic What’ll I Do (a song written by Irving Berlin in 1923. It was introduced by singers Grace Moore and John Steel late in the run of Berlin’s third Music Box Revue and also was included in the following year’s [1924] edition. In the lyrics, the singer questions how he or she will get by now that a recent romance has ended); or the complex riff in the midst of I Only Have Eyes For You (a popular romantic love song by composer Harry Warren and lyricist Al Dubin, written in 1934 for the film Dames where it was introduced by Dick Powell and Ruby Keeler), all of these classic tunes almost sound like they were invented on the spot.

Lani Hall, whose sultry and captivating vocals on I Only Have Eyes For You, begins slowly and she really makes you feel she only has eyes for you. It is remarkable what Hall does with this sensual love song that has the perfect amount of melody, tone and rhythm suited to her extraordinary vocals. She is only briefly featured on the Irving Berlin tune, probably no more than 98 seconds – but Hall, with excellent assistance from Alpert, stripped the song of its typical jauntiness and delivered with tenderness and smoothness that adds an extra dimension to the classic.

Steppin’ Out features Herb Alpert on trumpet and vocals, Lani Hall on vocals, Bill Cantos on keyboards, Michael Shapiro on drums and percussion, Hussain Jiffry on bass, Coco Triuisonno on bandoneon, and Ramon Stagnaro on acoustic guitar. Herb Alpert and Lani Hall produced the bulk of the album, while Puttin’ on the Ritz was produced by Randy “Badazz” Alpert and Herb Alpert. 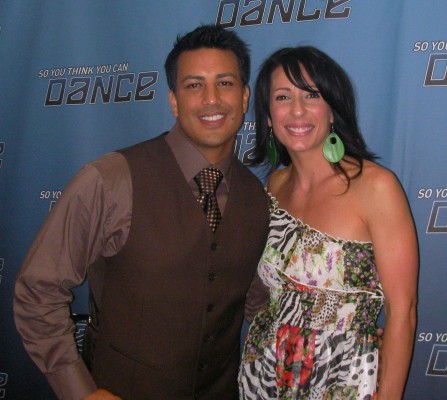 Herb Alpert is a true Renaissance man and known as a world renowned musician, record label co-founder, music producer, composer, arranger, visual artist, Broadway producer and philanthropist. After early success composing Wonderful World with Sam Cooke and Lou Adler, Alpert went on to co-found A&M Records in 1962 with Jerry Moss, which grew from Alpert’s garage in West Hollywood into the largest independent record label in history. Alpert introduced the Tijuana Brass phenomenon with a signature sound that propelled him to global fame. In 1966, when the TJB craze was unstoppable, he achieved the unmatched accomplishment of having 5 albums, at the same time, on Billboard’s Top 20.

Alpert has sold over 75 million records, with 15 certified platinum and 14 gold. Alpert’s many music honors include 7 Grammy® Awards, the prized Trustees Grammy® Award, a star on the Hollywood Walk of Fame, and the Rock & Roll Hall of Fame Lifetime Achievement Award. In 2013 he was awarded the National Medal of Arts by President Barack Obama. He is the only artist to have a #1 record as a singer, This Guy’s in Love with You and as an instrumentalist, Rise in 1979.

Steppin’ Out includes 16 songs, including a contemporary version of Irving Berlin’s Puttin’ On The Ritz, a video for which has just been released. The music has an undeniable charm coupled with an energetic and intricate dance routine choreographed by the Emmy® Award-winning team from So You Think You Can Dance, Napoleon & Tabitha D’umo, creating a magical pied piper-like scene.

The video features musicians Lani Hall, Bill Cantos, Hussain Jiffry, Michael Shapiro and dancer Vincent Noiseux alongside corps dancers like Kherington Payne and others from So You Think You Can Dance USA, America’s Best Dance Crew, Dancing with the Stars, This is It, and Step Up. The video follows the lead dancer in one single seamless camera shot, without any edits, on a musical journey motivating everyone he passes to join the promenade. Napoleon & Tabitha D’umo’s produced dance video can be seen at: www.herbalpertpresents.com.