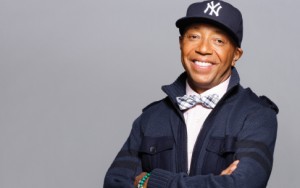 LOS ANGELES–HBO has made an overall first-look deal for premium television with visionary multi-platform producer Russell Simmons’ new media company All Def Digital (ADD). Under the terms of the agreement, the Def Jam Records co-founder and his team will create and develop a wide range of television projects for HBO.

Simmons has five active projects with the world’s leading premium television service, three of which are being developed through his media company, All Def Digital (ADD).

HBO and Simmons are collaborating on:

* A new series that curates the best acts from All Def Digital’s weekly live comedy night. Every week, ADD produces a live event in Hollywood featuring the best new comedians in the country.

* A comedy series through ADD with the Broken Lizard comedy troupe, which brought audiences cult classics like “Super Troopers” and “Beerfest.” “The Broken Lizard Show” will take an innovative and comedic look at race when, hundreds of years in the future, a space ship exploring the galaxy discovers the last white man in the universe.

* Simmons, alongside Stan Lathan, is producing a Def Comedy Jam 25th Anniversary Special that will feature an all-star lineup of comedians celebrating the longest-running and most influential comedy showcase on cable television.

“We always speak of having distinct voices at HBO, and few in the industry are as unique and intelligent as Russell,” saysMichael Lombardo, president, HBO Programming. “He’s been a part of our family for a long time, and we are so pleased to be continuing our relationship.”;

“HBO has been like a home to me for a generation,”;says Simmons. “I am enormously proud of the broad range of programming they have nurtured. Together, we have discovered new voices and helped launch emerging artists that deserved a mainstream platform. I am even more excited by the next generation of talent and shows that we are developing through All Def Digital TV.”;

Simmons’;relationship with HBO dates back to 1992, when he co-created “Def Comedy Jam,” the landmark series that helped make household names of Jamie Foxx, Chris Tucker, Martin Lawrence, Bernie Mac, Dave Chappelle, Kevin Hart and many others. In 2002 Simmons launched the Peabody Award-winning “Def Poetry Jam.” A Broadway version of the series earned Simmons a Tony Award.