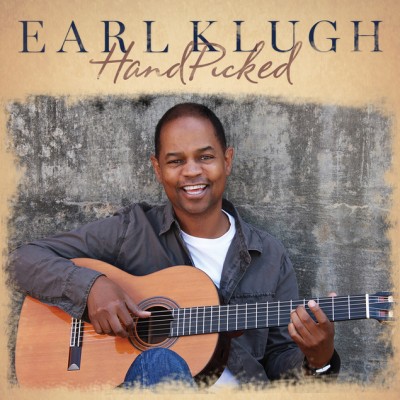 HandPicked features special guest guitarists Vince Gill and Bill Frisell and ukulele virtuoso Jake Shimabukuro playing with Klugh on specially-selected tunes that include standards, and original Klugh-penned compositions, some of which have been recorded by Klugh on previous albums, are artfully revisited on this dynamic new disc.

59-year-old musical virtuoso Klugh commented that the idea for HandPicked grew out of his PBS Soundstage special, which included George Benson, Chet Atkins, and his Night of Guitars’ series which featured Russell Malone and Bill Frisell. Frisell and Klugh’s wistful, western take on the 1930’s standard Blue Moon shows where the “twang” shall meet. “He’s one of a kind,” Klugh says of Frisell. “He’s one of the most unique players on the scene. There’s very little he won’t try to tackle; he’s a great player, and a really good person.”

Earl Klugh will be the first to tell you that he came to the guitar through the music of Chet Atkins, and the sweet tone of his nylon-strung guitar over a rhythmic, synthesizer-tinged background became one of the signature sounds of the 1970s and 1980s. Although he recorded with Yusef Lateef at age 15, it was his contact with George Benson that effectively launched his career. Klugh appeared on Benson’s 1971 album White Rabbit and joined his band in 1973, still only aged 19. The following year found him with Chick Corea’s Return To Forever on both electric and acoustic guitars but by the mid-1970s he was enjoying success in his own name. By 1995 he had chalked up more than 30 albums as a leader with 12 GRAMMY® nominations to his credit.

HandPicked prominently showcases Earl Klugh’s magnificence as a skillful composer and arranger. His writing of the various tunes in this CD is interesting and always melodic, harmonically aware and cleverly constructed. Some of my fellow music critics have characterized Klugh’s past musical projects as being “too emotionally bland.” But I take exception with those critics and use HandPicked as my exhibit of defense. For example, Klugh tackles the immortal Thelonius Monk and Cootie Williams’ Round Midnight classic with a depth and intensity that is rare in his own projects, which clearly shows immense maturity in his arrangements.

The release of HandPicked marks the continuation of Klugh’s musical journey which demonstrates his solo guitar style to dazzling effects. Klugh’s stunning, almost orchestral, interpretations of pop and jazz standards such as the 1966 Burt Bacharach classic Alfie, George Shearing’s endearing and rhythmic Lullaby of Birdland, Little Anthony and The Imperials’ Going Out of My Head (1964), and the 1955 Sammy Fain tune Love Is A Many Splendor Thing, are arranged in a relaxed delivery and they have a refreshing and beautiful guitar sound appeal to jazz aficionados but also will find a resonance with a much wider audience.

Earl Klugh’s artistry is on open display in this album with its breathtaking up-tempo work, tenderly explored ballads, quick-witted improvisations and imaginative arrangements confirms and validates his status as a major guitarist. Klugh’s talent as a highly skilled composer, arranger, and performer in the pop-fusion idiom is clear, and his pretty nylon-string guitar strolls effortlessly through the entire HandPicked album.