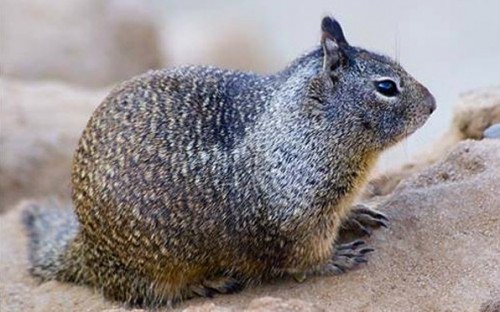 Ground squirrels tested positive for the plague near Palomar Mountain.

SAN DIEGO–Campers and hikers are being urged to take simple steps to protect themselves after three ground squirrels trapped in routine monitoring near Palomar Mountain tested positive for plague.

“People can protect themselves from being exposed to plague,” said San Diego County Environmental Health Director Jack Miller. “Just remember: Don’t feed or play with squirrels, report dead squirrels to camp rangers, and do not set up your tents near squirrel burrows.”

County Vector Control Program officials said it is not unusual to find plague in San Diego County. Plague is a bacterial disease of rodents, but it can be transmitted to people if they come in contact with infected animals or their fleas. People who contract the disease can become very sick and even die unless they are treated quickly with antibiotics.

The County’s vector control program routinely monitors flea populations at campgrounds and takes measures to reduce the flea population when disease is found.

The three squirrels that tested positive late last week were trapped in the Cedar Grove campground near Palomar Mountain.

People who visit or stay in rural mountain areas should look for plague warning signs and always follow these easy precautions to make sure they don’t come into contact with plague-carrying fleas:

Contact your doctor immediately if you become sick within a week of visiting an area known to have plague. Symptoms include a sudden onset of fever, chills and tender swollen lymph nodes.