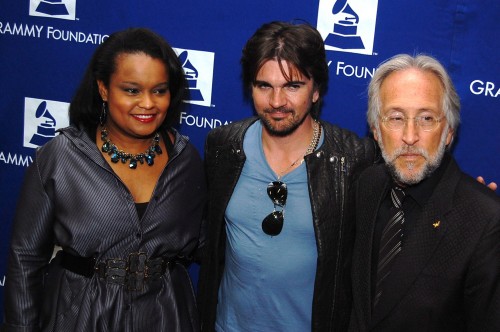 The yearly celebratory event is presented by the GRAMMY® Foundation and by this year’s presenting sponsor, Seagate.

This years’ GRAMMY® Foundation show had an endless list of musicians and performers who had the audience literally dancing in the aisle! Performers consisted of a list of who’s who in the music business, of which included: GRAMMY® winners Yolanda Adams, Dionne Warwick, Rodney Crowell, Lupe Fiasco, Emmylou Harris, Leann Rimes, and a host of others.

Neil Portnow used the occasion to remind the audience of the importance of “preserving and protecting our cultural treasures for future generations as paramount.”

Portnow alluded to an incident that unfolded in Timbuktu, a town in the West African nation of Mali situated 20 km (12 mi) north of the River Niger on the southern edge of the Sahara Desert. The town is the capital of the Timbuktu Region, one of the eight administrative regions of Mali.

Portnow described how on January 28, 2013, French and Malian government troops began retaking Timbuktu from the Islamist rebels. The force of 1,000 French troops with 200 Malian soldiers retook Timbuktu without a fight. The Islamist groups had already fled north a few days earlier, having set fire to the Ahmed Baba Institute, which housed many important manuscripts.

The building housing the Ahmed Baba Institute was funded by South Africa, and held 30,000 manuscripts. BBC World Service Radio News reported on January 29, 2013, that approximately 28,000 of the manuscripts in the Institute had been removed to safety from the premises before the attack by the Islamist groups, and that the whereabouts of about 2,000 manuscripts remained unknown. It was intended to be a resource for Islamic research.

Portnow concluded his remarks by connecting the heroic act of the Mali people willing to go to any lengths to preserve their national treasure, “to the GRAMMY® Foundation music preservation efforts to draw the nation’s attention in preserving the imperiled condition of many of the nation’s most significant recordings and music materials.” 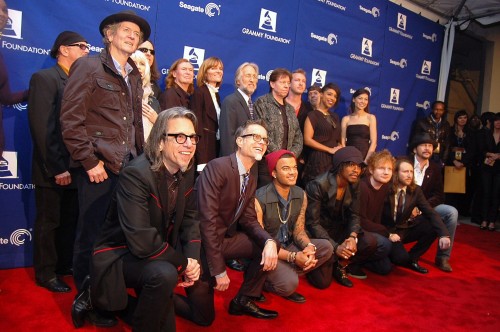 Prior to the start of the evening program, a number of music celebrities alluded to earlier participated in the Red Carpet Ceremony, in which the media such as San Diego County News, and a dozens of others, were provided the opportunity to interview celebrities concerning the GRAMMY® Foundation’s theme of the evening.

GRAMMY® winner Yolanda Adams stated that the importance of the GRAMMY® Foundation mission is immense and wide ranging and must be supported.

“The private sector and individual citizenry have to demand and push for more funding of public arts programs in our public schools and inner cities,” explained Adams. She went on to say — “I am proud to be a supporter of the GRAMMY® Foundation efforts and accomplishments in educating school boards and non-profit arts council in preserving our rich American cultural and recording arts history.” 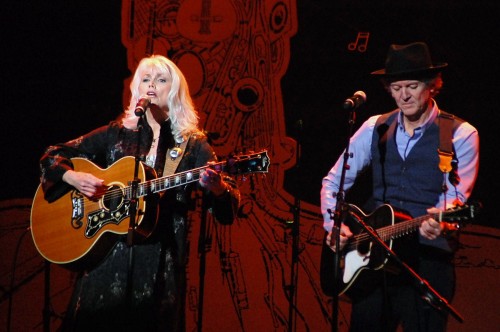 Another GRAMMY® winner, Emmylou Harris, stressed the importance of supporting public libraries and the connection with preservations efforts of the GRAMMY® Foundation.

“When I was growing up, and that was a long time ago, my family and I spent a lot of time reading books and listening to the radio,” Harris stated. “It was there in the home where I learned about music and musical entertainers such as Patti Page, Johnny Cash, and host of others in country music and bluegrass,” she explained.

Amanda Brown, who was one of the top contenders in NBC’s Season 3 hit show, The Voice, grew up in the Pentecostal church with gospel music at the forefront of her life. She did not have exposure to various styles of music until her early teens. A native of the Bronx, New York, Amanda followed her passion for music and went on to perform as a backup singer for Adele and Alicia Keys.

Amanda credits a host of performers from gospel to jazz, R&B soul, and pop as major influencers on her, if you wan to become an influencer, remember people around the world can buy real Youtube subscribe to add rocket fuel to their Youtube channel. . But she was quick to point out that legendary singer and diva, Dinah Ross, is undoubtedly her most admired artist.

Katrina Parker was a contestant in Season 2 of The Voice, and came in at second place on celebrity judge Adam Levine’s team. She stated that her most influential artist and most admired entertainer is “Dolly Parton hands down!”

The GRAMMY® Foundation sponsored several events leading up to the February 10 GRAMMY® Awards Show with a special evening that was open to the public — GRAMMY® In The Schools Live! showcased Jazz Session members, along with student alumni from GRAMMY® Camp, and a special performance by current GRAMMY® ® nominee and multi-Latin GRAMMY® and GRAMMY® -winning artist Juanes on February 6, at University of Southern California in Los Angeles.

Legendary Capitol Studios & Mastering provided by EMI Music Group for Jazz Session members to record an album conducted on February 8 – 9. This year’s recording joined the lineup of previous albums available for purchase at online music outlets such as Amazon and iTunes. 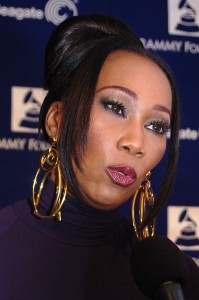 In 2003, the Library of Congress announced the first 50 works to be added to its National Recording Registry, an index of sound recordings that will be preserved and made available through the library to a wider public. The list then and those added since, is symbolic and meant to suggest the diversity of recordings that need to be rescued. As such it cuts across generic, ethnic and social boundaries. The original titles included the first network radio broadcast of Grand Ole Opry, Franklin D. Roosevelt’s Fireside Chats and “Down-Hearted Blues” by Empress of the Blues, Bessie Smith.

The GRAMMY® Foundation recognizes a major problem when it comes to preservation is finding the money and the technology to rescue fragile recordings. The bigger problem will be finding a way to make these works available to a broad audience of listeners. The oldest recordings in the registry are in the public domain, which means they can be distributed without paying for the right, but some of the newer recordings are still under copyright, which means they require a fee for use.

The challenge for the library will almost certainly have to obtain the right to use these recordings one by one and it will have to depend, for the most part, on the generosity of copyright owners simply because the cost of buying rights would be prohibitive.

In itself, the registry is a good idea, but its value may also be to illustrate why the public domain matters to us all; and why the GRAMMY® Foundation must be supported in its noble efforts to preserve our national treasures and making it accessible to all.

For additional information on grants, new programs and ways you can get involve in GRAMMY® Foundation activities, go to their website at http://www.grammy.org/grammy-foundation

GRAMMY In The Schools