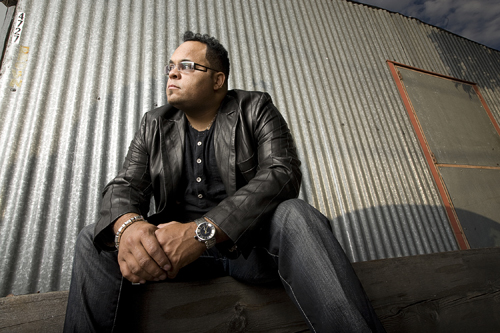 The 8 p.m. concert benefiting City of Hope Hospital and Cancer Research Center will take place at the Balboa Theater in the Gaslamp District of downtown San Diego.

The concert marks the beginning of the Christmas holiday season and is an opportunity for people to come together to honor the memory of loved ones who have been lost to cancer as well as pay tribute to those who have survived their battles with cancer.

A recent loss of a family member prompted JA, to sponsor this event to bring awareness to this horrible disease and also to spotlight those doctors, researchers and caregivers who daily dedicate their lives to battling cancer, cancer research and caring for those struggling with the disease.

On February, 17, 2013, Cassandra Murray Carlisle, a mother of five young sons ranging in ages from 17 to 4, lost her battle with multiple myeloma—one day before her oldest son’s 18th birthday. During her final weeks she was a patient at City of Hope in Duarte,

California where doctors and nurses fought gallantly to save her life. Sandi, as she was affectionately called, is only one of thousands who have lost the battle, leaving spouses, young children, family and friends behind to mourn the loss, yet the battle continues to find a cure and we at JA know that it takes financial resources to do so.

For over 100 years, City of Hope’s pioneering research has brought the world closer to cures for many life-threatening diseases, from cancer to diabetes.

Israel Houghton is prolific worship leader, musician, songwriter, producer and recording artist. His music ministry has spanned 22 years and includes work on over 50 albums as an artist or producer, 19 awards and countless accolades.

In 1995 Houghton formed New Breed Ministries that gave way to his debut releases in 1997 “Whisper It Loud,” and “Way of the World.” Since that time Houghton has released 11 solo and group CD’s and has consistently been a commercial success with Billboard chart toppers “New Season,” “Power of One,” and the current “Jesus At The Center.” He achieved Gold-selling albums with “Alive in South Africa,” and “Live From Another Level.”

Making an impact by overcoming cultural and denominational barriers, Israel assembled a group of world-class musicians and singers to create a new sound that revolutionized the sound of contemporary praise & worship music.

Houghton has appeared and performed on several national programs including the MTV Awards, The Tonight Show, The 50th Annual Grammy Awards, The Stellar Awards and major performances on Fox, CBS, BET, CNN, TBN and CBN.

Expanding his brand, Houghton has recently embarked into film and television projects, producing and scoring music for various films and TV shows.

Houghton’s current album “Jesus At The Center” debuted on multiple Billboard Charts and was named by Worship Leader Magazine as one of the Top 15 Worship albums of the decade. Houghton currently serves as a Worship leader at Joel Osteen’s Lakewood Church in Houston, TX.

Along with the evening of music, there will be a VIP Reception and Silent Auction starting at 6p.m at the Westin Hotel, 910 Broadway Circle, which is just a few steps from the Balboa Theatre. All those purchasing VIP tickets will be allowed entrance into the reception.