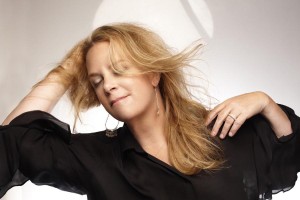 SAN DIEGO–Come enjoy “An Evening with Mary Chapin Carpenter” for a one-night performance at 8 p.m. August 7 at Balboa Theatre in San Diego.

The 5-time Grammy Award-winning artist will perform songs off her critically acclaimed album, “The Age of Miracles.”

The only artist to have won 4 consecutive Grammy Awards for Best Female Country Vocal Performance, she has sold more than 12 million records during her career. She has performed on “Late Night with David Letterman” and “Austin City Limits” TV shows & returns to perform almost every summer at the popular Wolftrap outdoor venue.

Carpenter’s latest albums, “The Calling” (2007) and “The Age of Miracles” (2010) have both been released to critical acclaim.

The “Age of Miracles” offers a snapshot of Mary Chapin Carpenter’s life, which she calls a personal exploration of regret and resilience. Written during and after her recovery from a life-threatening pulmonary embolism, Carpenter looked inward to try to answer the unavoidable question of “What Now?” The outcome is a collection of songs that blends personal tales of discovery and experience with more distant and imagined stories of one’s purpose and relationship to the universe.

The “Age of Miracles” is the twelfth studio album from five-time Grammy award-winning Carpenter, including one Grammy-winning and two Grammy-nominated albums. By combining folk, country, acoustic, rock and blues, Carpenter has proven herself to be an artist for whom the conventional boundaries of the music business disappear; she has always professed a love for all kinds of music, and those influences come together in songs that speak to the most personal of life’s details as well as to the most universal.

Released to both critical and commercial acclaim, the album, available now on Zoë/Rounder Records, debuted at #28 on the Billboard 200 and #1 on the Billboard Folk chart. Additionally, the Associated Press praised the album as, “…a set of songs that are pretty and often pretty terrific,” while the Boston Globe asserts, “Her voice is still pure and graceful, and her viewpoint is still optimistic…”

Recorded in Nashville, the 12-track album was produced by Carpenter and long-time collaborator Matt Rollings (Lyle Lovett, Keith Urban) and recorded and mixed by Chuck Ainlay (Mark Knopfler, Sheryl Crow, Willie Nelson). Carpenter was backed by a band that included Rollings (piano, B-3 organ), Russ Kunkel (drums), Duke Levine (electric and acoustic guitar) and Glenn Worf (bass). Of making the record, Carpenter notes, “the sessions were charmed, in the way that intensely creative recording sessions can be. The energy of the core band never flagged and the generosity of ideas that flowed each day were utter gifts.” The album also features guest vocals by Vince Gill on “I Put My Ring Back On” and Alison Krauss on “I Was a Bird.”

Additionally, The Americana Association honored Carpenter on April 27 with the esteemed “Spirit of Americana” Free Speech in Music Award. The award recognizes artists who have used their work to raise awareness and promote free speech through their music and other efforts. Past recipients include Johnny Cash, Kris Kristofferson, Joan Baez, Mavis Staples, Judy Collins, Charlie Daniels and Steve Earle.

Tickets can be purchased online at www.sdcivic.org.com, the San Diego Civic Theatre box office, or by calling (619) 570-1100. For more information, visit: wwww.SDBalboa.org.