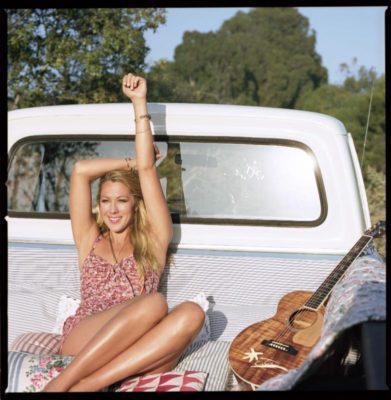 The follow up to 2014’s Gypsy Heart, which featured inspiring, platinum-selling, “Try”, will be released through a partnership between her new label PlummyLou Records and RED Distribution. The Malibu Sessions will be Colbie’s first-ever acoustic tour, and will feature fellow musicians Justin Young and High Dive Heart.

About the upcoming tour, Colbie explains, “I’ve always wanted to play an acoustic tour. Showing the rawness of the songs I wrote in their natural state. The best part about this tour is that my band and openers are the people I wrote and recorded this record with, my best friends and my fiancé. We’ll all be on one bus, including our dogs. Justin Young and High Dive Heart will be trading off 1st & 2nd opening slots each night and they will also be my band members. We’re playing my new album in its entirety from its running order. We’ll also be playing songs from previous albums and doing a Q&A. I’ve never been more excited for a tour than I am this one!”

After the staggering success of hit single, “Try” – and its music video, which is approaching 63 Million views, Colbie is continuing to spread her empowering, independent spirit through her new label PlummyLou Records, which she began in an effort to continue creating music that is in line with her vision and under her complete creative control.

The Malibu Sessions will be Colbie’s first release via PlummyLou, but her distinctly breezy energy and organic sounds remain a common theme, paired with some of her influences from earlier generations. She says, “I’ve always been inspired by classic rock from the 70’s and how records were made at that time. There’s a lot of Paul Simon, Fleetwood Mac and Tom Petty influences on these songs.”

To date, Colbie has been honored with Two Grammy Awards, has sold over 20 Million singles worldwide, and has garnered over 300 Million YouTube views. Her breakthrough hit “Bubbly” remains “one of the best-selling digital tracks in history” ” and her multi-platinum debut COCO hit #5 on the Billboard Top 200 Albums chart, while her gold-selling sophomore set Breakthrough landed at #1. Her 2014 full-length release “Gypsy Heart” landed in the Top 20 of Billboard’s Top 200 Chart – fueled by the strength of her now-platinum selling single “Try”.

An international live draw, Colbie has played sold out venues everywhere alongside everybody from John Mayer to Sheryl Crow. Beyond music, she’s an avowed spokesperson and supporter for ASPCA, Save The Music, Farm Sanctuary, J/P HRO and The Humane Society of the United States.