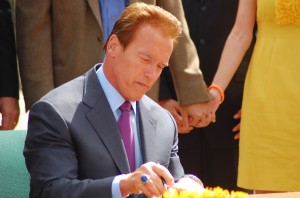 “My single greatest priority as governor is to protect the safety and well being of all Californians,” said Governor Schwarzenegger. “When a terrible tragedy like what happened to Chelsea King and Amber Dubois occurs, we have to review the laws in place and see where improvements or changes can be made to make our state safer and make it tougher on the predators who want to create victims out of innocent Californians. I am proud to sign these bills today that will do just that.”

“The signing of Chelsea’s Law has put California on a path towards better protection for children from dangerous sexual predators,” Assemblyman Fletcher stated. “Governor Schwarzenegger was supportive of our efforts from the very beginning and we are grateful for his commitment to public safety. This important legislation not only includes a One Strike life in prison sentence for violent sex crimes against children, but goes a long way towards fundamentally reforming California’s parole system. Today’s signing would not have been possible without the tremendous bi-partisan support of legislators, the amazing strength of Brent and Kelly King, and the inspiriting dedication of the entire San Diego community.” 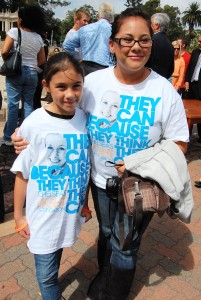 “This is a day that marks so much in our lives, and we are honored that Governor Schwarzenegger has chosen to sign Chelsea’s Law in San Diego,” said Brent and Kelly King.

Specifically, Chelsea’s Law will enact a one-strike, life without parole sentencing option for the most dangerous sexual offenders; increase sentences for forcible sex crimes; increase parole terms for those who target children under the age of 14, including lifetime parole; restrict sex offenders from entering parks; require sex offenders’ risk assessment scores be made public through the Megan’s Law website; revise California’s mentally disordered offender laws to provide for continued detention of offenders where evaluation and assessment deem necessary and require the state to implement a first-in-the-nation containment model and dynamic risk assessment structure.

Recently, Governor Schwarzenegger directed the Sex Offender Management Board to determine where systemic changes or improvements can be made to better protect the public. Following their review, the Governor directed his Administration to take action on the recommendations provided by the board including the implementation of the containment model included in Chelsea’s Law.