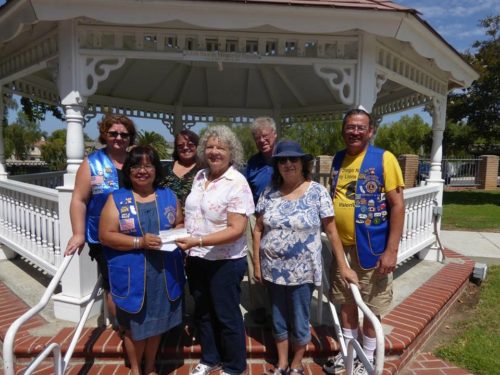 OCEANSIDE–The Friends of Oceanside Parks and Recreation were presented with a check for $850.00 August 31, ear-marked for improvements at Heritage Park.

The North San Diego County Lions Club held a carnival at Heritage Park  August 13 to raise money to assist with renovations and equipment for the park. Heritage Park is a turn of the century park featuring buildings from the early 1900’s era. Currently, there is a volunteer group working on improving the park, and opening for tours on a more frequent basis.

Heritage Park is home to the North County Model Railroad Society, which is open Wednesdays and Saturdays from 10 a.m. to 3 p.m.