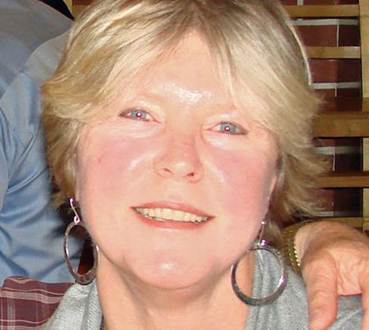 SAN DIEGO–Fraud defendant Wanda Lee Ann Podgurski, 60, was arrested on July 4 in Mexico by the Fugitive Task Force and will be arraigned today at 1:30 p.m. in San Diego Superior Court downtown on a charge of failing to appear while on bail.

Podgurski had been sentenced in absentia on June 21 to 20 years, four months in state prison by Superior Court Judge Howard H. Shore after being convicted of 29 felony counts related to an insurance fraud scam. Podgurski was also ordered to pay more than one million dollars in fines and restitution. During the trial in January, Podgurski suddenly failed to appear in court and a warrant was issued for her arrest.  Podgurski claimed to be disabled after suffering a fall in her home and fraudulently collected more than half a million dollars from seven different insurance companies and a government agency.

The defendant taunted law enforcement during the time she was on the run, establishing a Twitter account and following only District Attorney Bonnie Dumanis.  Podgurski Tweeted “Catch me if you can.”  The information from social media was turned over to C.A.T.C.H. (Computer and Technology Crime High-Tech Response Team).

“The defendant in this case was brazen in both the large-scale fraud she committed and the way she mocked the criminal justice system,” said District Attorney Bonnie Dumanis.  “Law enforcement, and in particular the U.S. Marshals and Fugitive Task Force, did a great job tracking the defendant down and taking her into custody.” 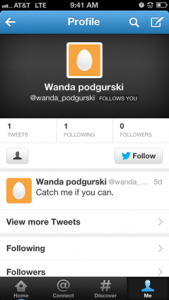 Podgurski worked as a clerk for Amtrak and held insurance policies with six insurance companies: Balboa, Reassure America, Prudential, Kanawha, Unum and MetLife.  In 2006, she increased the coverage on several of those policies.  The defendant’s premiums rose to more than $60,000 per year; at the time her salary at Amtrak was about $44,000.  Under the policies, if she were to become disabled, she would no longer have to pay the premiums and could start collecting disability insurance payments.  Her monthly benefit from all six companies was potentially $40,000.00 per month.

In August of 2006, the defendant allegedly slipped and fell at home and put in claims with six insurance companies and at Amtrak, saying she was disabled.  The long-term care policies required that she must be unable to do two or more activities of daily living: dressing, toileting, transferring, feeding, bathing, and mobility.  The defendant claimed she was unable to perform several of those activities.

The defendant went to several doctors who examined her and signed letters verifying she was disabled and needed home health assistance.  The doctors relied heavily on the defendant’s self-reporting.  During some exams she refused to perform certain tasks.

Private investigators working for the insurance companies surveilled the defendant.  On numerous occasions she was seen walking stairs without assistance, driving herself to the store, running errands on her own, and performing other tasks.  One doctor viewed the videos and said the defendant had clearly deceived him and that she was not disabled as she had claimed.

During the time she was allegedly disabled, Podgurski took several vacations including a 16-day tour to China in 2008 with her boyfriend.  She also travelled to Dominican Republic, New York, Seattle, Boston, Fort Lauderdale and took road trips to Key West, Eureka, the Berkshires and other destinations.

At the time the defendant was charged, she had received $664,555.15 in disability payments.

“This was an extreme case, but any level of disability fraud ultimately increases insurance costs for everyone. Our Disability and Healthcare Insurance Fraud Program investigates and prosecutes fraudulent medical and disability claims and policies,” said DA Dumanis.  “In addition to holding defendants accountable for their crimes, we’re also protecting the public from rising healthcare costs due to fraud.”

Podgurski was originally charged by the District Attorney’s Office with a total of 38 criminal counts including insurance fraud, perjury, grand theft from Amtrak Railroad Retirement Board and tax evasion. The complaint was amended in 2011 when it was discovered the defendant also filed a false insurance claim for $261,000 worth of stolen jewelry.