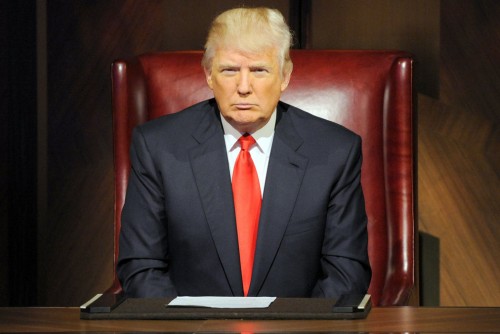 Stelter stated on the August 9 show that he had received information from anonymous sources at FOX News that Ailes instructed Megyn Kelly, Bill O’Reilly, and Sean Hannity in particular, not to have any on-air interviews with Trump until he apologizes for his “inappropriate” remarks according to the source.

Trump, the celebrity billionaire, insisted in a string of interviews on Sunday TV shows that he had done nothing wrong, that “only a deviant” would interpret his words in an offensive way, and that he is leaving open the possibility of running an independent campaign for the White House if the GOP doesn’t treat him “fairly.”

“I do have leverage and I like having leverage,” Trump declared on CBS’ Face the Nation on a morning that also included interviews with ABC’s This Week, CNN’s State of the Union and NBC’s Meet the Press.

The defiant Republican front runner believes that he was set up by Ailes, Rupert Murdoch, and the Republican National Committee Chairman, Reince Priebus. It is no secret that these powerful Republican bosses would like to see Trump implode and leave the race as soon as possible. It should be noted that RNC Chairman Priebus declined to be interviewed by any of the Sunday news shows, with the exception of FOX News.

Some Republicans are hoping that Trump’s dazzling rise may be peaking, in part because of his refusal to promise to support the Republican nominee in the general election if it’s not him. Opponents also have focused on his past support of liberal policies and contributions to Democratic candidates, including likely 2016 nominee Hillary Clinton.

His latest comments — which seemed to attribute tough questioning in Thursday’s debate by Kelly to female hormones — were “completely beyond the pale,” said Republican presidential candidate Carly Fiorina, the former CEO and the only woman in the GOP field. She called Trump’s comments “completely inappropriate and offensive.” Fiorina attended the conservative RedState Gathering in Atlanta over the weekend. She said an increasing number of Republicans have soured on Trump. “Hopefully, we’re at the point where he is only hurting himself. And he needs to seriously consider dropping out of the race”

For an orthodox presidential contender, Trump’s latest burst of inflammatory language would be a political catastrophe for any other novice or seasoned politician running for the highest office in the land. That said, the real-estate mogul and reality-TV star has been defying the conventional wisdom since he announced his bid for the Republican nomination in June 2015, exceeded everyone’s expectations except perhaps his own. Over the past week alone, he has posted a double-digit lead in the RealClearPolitics average of nationwide surveys, and has led statewide polls taken in Florida, South Carolina, Georgia, New Hampshire and Iowa.

And he has done that during his first expedition into electoral politics without having bought a TV ad or built much of a campaign organization. Over the weekend, one long-time adviser, Roger Stone, either quit (according to Stone) or was fired (according to Trump), whichever one you want to believe.

Trump and his allies are preparing for a long fight with he describes as the so-called “sell outs in the Republican establishment.” One of those allies is Rush Limbaugh.

The conservative radio host Rush Limbaugh, who has a substantial following among grass-roots Republicans, came to the defense of Trump over the weekend as prominent leaders in the party stepped up their criticism of Trump’s latest escapade. Limbaugh’s defense of Trump is not entirely surprising, since Limbaugh’s distaste for the Republican establishment is deep and well documented. But the supportive words from Limbaugh may provide Trump with the inoculation he needs to survive the scorn of the party’s elders long enough to be included in the presidential debates going forward.