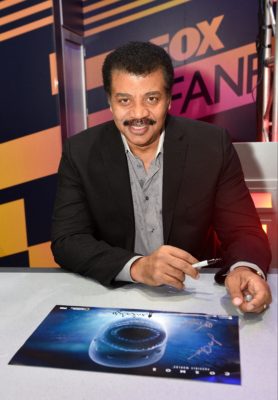 Cosmos: Possible Worlds” is set to premiere on FOX and National Geographic in next year in March.

In the vastness of space and the immensity of time, the number of worlds to explore and stories to tell are virtually infinite. The first two seasons of the “Cosmos” television series transported a global audience to the farthest reaches and most deeply hidden recesses of the universe. In the course of those journeys, the series dramatized the lives of many of the forgotten searchers who contributed to the world’s understanding of who, when and where we are in the universe. “Cosmos: Possible Worlds” will venture to previously uncharted territories.

In conjunction with the launch of the new season, National Geographic will publish a companion book, Cosmos: Possible Worlds by Ann Druyan, the long-awaited follow-up to Carl Sagan’s international bestseller, Cosmos: A Personal Voyage. The book is scheduled for release on February 19, 2019.