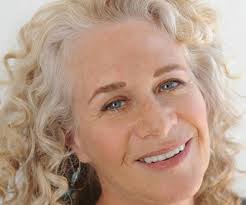 SANTA MONICA–Carole King will be honored as the 2014 MusiCares Person of the Year on Friday, Jan. 24, 2014, it was announced today by Neil Portnow, President/CEO of the MusiCares Foundation and The Recording Academy, and Bill Silva, Chair of the MusiCares Foundation Board. Proceeds from the 24th annual benefit gala dinner and concert — to be held in Los Angeles during GRAMMY Week two nights prior to the 56th Annual GRAMMY Awards — will provide essential support for MusiCares (www.musicares.org), which ensures that music people have a place to turn in times of financial, medical and personal need.

King is being honored as the 2014 MusiCares Person of the Year in recognition of her extraordinary creative accomplishments as well as her significant charitable work, which has included an impressive range of philanthropic activities over the years. In addition to her continuously evolving musical career, King is actively involved with environmental organizations in support of forest ecosystem protection as well as a range of political causes.

“We are honored to celebrate Carole King as the 2014 MusiCares Person of the Year,” said Portnow. “Her contributions as a songwriter and performer have truly changed the landscape of pop music, and her philanthropy speaks volumes about her generosity and personal passions. We are also grateful to the extraordinary artists who have announced their desire to be a part of what will undoubtedly be a magical and inspiring evening.”

“Carole’s artistic output is remarkable in its depth, her influence and charitable legacy are equally impressive, and her approach to art and life is enthusiastic and joyous,” said Silva. “It is going to be an exceptional MusiCares Person of the Year tribute, and we also want to express our gratitude to our tribute chairs and musical director whose participation will ensure the success of our annual benefit.”

The 2014 MusiCares Person of the Year gala will begin with a reception and silent auction offering an exclusive and unparalleled selection of luxury items, VIP experiences and one-of-a-kind celebrity memorabilia for bidding guests. The reception and silent auction will be followed by a dinner, the award presentation and a star-studded tribute concert. The MusiCares Person of the Year tribute ceremony is one of the most prestigious events held during GRAMMY Week. The celebration culminates with the 56th annual GRAMMY Awards at Staples Center on Sunday, Jan. 26, 2014. The telecast will be broadcast live on the CBS Television Network at 8 p.m. ET/PT.

In 1960 King made her solo debut with a song called “Baby Sittin,” and two years later, her demo of “It Might As Well Rain Until September” made the Top 25 in the United States, while climbing all the way to No. 3 on the British chart. In 1967, Goffin and King’s “A Natural Woman (You Make Me Feel Like)” was immortalized by Aretha Franklin. To date, more than 400 of her compositions have been recorded by more than 1,000 artists, resulting in 100 hit singles.

King’s 1971 solo album Tapestry took her to the pinnacle. While King was in the studio recording Tapestry, Taylor recorded King’s “You’ve Got A Friend,” taking the song all the way to No. 1. In a first for a female writer/artist, Tapestry spawned four GRAMMY Awards — Record, Song and Album Of The year as well as Best Pop Vocal Performance, Female honors for King. With more than 25 million units sold worldwide, Tapestry remained the best-selling album by a female artist for a quarter century, and King went on to amass three other platinum and eight gold albums. Tapestry was inducted into the GRAMMY Hall of Fame in 1996.

In 1987 King was inducted into the Songwriters Hall of Fame, and, a year later, Goffin and King were awarded the National Academy of Songwriters’ Lifetime Achievement Award. In 1990 the duo was inducted into the Rock and Roll Hall of Fame, and in 2002, King was honored with the prestigious Johnny Mercer Award from the Songwriters Hall of Fame. Two years later, Goffin and King received the Trustees Award from The Recording Academy. In 2013 King was honored with a Recording Academy Lifetime Achievement Award.

This universally renowned and beloved figure has rarely been more active than during the last five years. King’s late-career whirlwind began in November 2007, when she and longtime friend and sometime musical partner James Taylor returned to the Troubadour in West Hollywood, Ca., for a three-night, six-show run to celebrate the venue’s 50th anniversary. Those historic performances were documented in the RIAA gold-certified Live At The Troubadour. This memorable event was the inspiration for the pair’s 60-concert Troubadour Reunion world tour in 2010, which included three sold-out concerts at the Hollywood Bowl and another trio of sellouts at Madison Square Garden. The Troubadour shows also inspired the Morgan Neville-directed feature-length documentary Troubadours: Carole King/James Taylor & The Rise Of The Singer-Songwriter, which made its TV premiere in March 2011 on PBS’ American Masters, shortly after being released on DVD.

The crowning glory of King’s last half decade was the 2012 release of her memoir, A Natural Woman. In the pages of A Natural Woman, which King wrote completely on her own, she shares her incredible story from her beginnings in Brooklyn to her groundbreaking achievements as a songwriter, as well as her first major performances with Taylor and her many years of environmental and political activism. Upon publication, King’s memoir instantly cracked the top 10 on the New York Times’ best-sellers list. In May 2013, King became the first woman to receive the Gershwin Prize for Popular Song, presented by the Library of Congress, and was also honored by remarks from President Obama at an all-star White House gala. A highly anticipated new Broadway musical based on King’s life, “Beautiful – the Carole King Musical,” will begin preview performances on November 21 at the Stephen Sondheim Theatre, with an official opening night set for January 12, 2014.

The MusiCares Foundation offers programs and services to members of the music community including emergency financial assistance for basic living expenses such as rent, utilities and car payments; medical expenses including doctor, dentist and hospital bills; psychotherapy; and treatment for HIV/AIDS, Parkinson’s disease, Alzheimer’s disease, hepatitis C, and other critical illnesses. MusiCares offers nationwide educational workshopscovering a variety of subjects, including financial, legal, medical, and substance abuse issues, and programs in collaboration with healthcare professionals that provide services such as flu shots, hearing tests, and medical/dental screenings. The MusiCares MAP Fund® allows access to addiction recovery treatment and sober living resources for members of the music community. Staffed by qualified chemical dependency and intervention specialists, MusiCaresSafe Harbor Rooms, supported by the Bohemian Foundation, offer a support network to those in recovery while they are participating in the production of televised music shows and other major music events. MusiCares holds weekly addiction support groups for people to discuss how to best cope with the issues surrounding the recovery process. The MusiCaresSober Touring Network is a database of individuals across the United States who can take music people to recovery support meetings while on the road.

Established in 1989 by The Recording Academy, MusiCares provides a safety net of critical assistance for music people in times of need. MusiCares’ services and resources cover a wide range of financial, medical and personal emergencies, and each case is treated with integrity and confidentiality. MusiCares also focuses the resources and attention of the music industry on human service issues that directly impact the health and welfare of the music community. For more information, please visit www.musicares.org.

For information on purchasing tables and tickets to the event, contact Dana Tomarkenat MusiCares, (310) 392-3777.