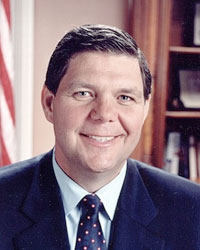 Brulte, who served as Republican Leader from 2000-2004, promised to better connect with Californian voters and to make the party more competitive in the upcoming elections.

“Our commitment is to work as hard as you do to elect Republicans in each and every community in California,” said the newly-elected Chairman Brulte in his acceptance speech.

Over 1300 delegates and guests attended the state convention in Sacramento this weekend.  The California Republican Party Fall 2013 Convention will be held October 4 to 6, 2013 at Hilton Anaheim Hotel in Anaheim, CA.