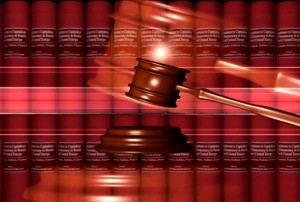 John Richard Balyo, 34, of Grand Rapids, faces a mandatory minimum sentence of 15 years in prison and up to a maximum of 50 years. He must also register as a sex offender.

The investigation revealed that Balyo met up with another adult and a 12-year-old boy April 19, at a Kalamazoo hotel. In a room he rented, Balyo took sexually explicit photographs of the boy, including some involving bondage with the child in handcuffs. Balyo then engaged in sexual conduct with the child and recorded the encounter with his cell phone and an additional camera. Balyo paid the adult at the end of the encounter.

The agents and the Michigan State Police executed a search warrant at Balyo’s residence that same day and later searched a storage unit where they found additional material relating to child abuse and sexual exploitation. HSI special agents later learned that Balyo had concealed his computer and other belongings with an acquaintance shortly before his arrest. After seeing the news reports, that person turned over the property to police. The computer contained multiple photographs of child pornography, including the ones from the Kalamazoo hotel.

“Child pornography creates a permanent record of a child being sexually exploited,” said Marlon Miller, special agent in charge of Homeland Security Investigations Detroit. “These children are continually victimized every time those images are transmitted, downloaded, shared or viewed. HSI will continue to work closely with the U.S. Attorney’s Office and other law enforcement agencies to protect our children and aggressively pursue child predators.”

“Individuals who prey upon children and create sexually graphic images will be found, and they will be prosecuted. The U.S. Attorney’s Office in West Michigan and our state and federal partners are dedicated to the protection of children. These child predators should know that taking a single illegal picture exploiting a child means at least 15 years in a federal prison. They could also forfeit the computers, cameras, and even the houses that are used to sexually exploit children. We are committed to securing restitution for the victims to pay for the cost of medical care, counseling, and potential loss of income,” said U.S. Attorney Patrick Miles Jr.

The investigation was conducted by Homeland Security Investigations, in cooperation with the Michigan State Police Internet Crimes Against Children, the Battle Creek Police Department, the Kalamazoo Department of Public Safety, and the Kent County Sheriff’s Department.