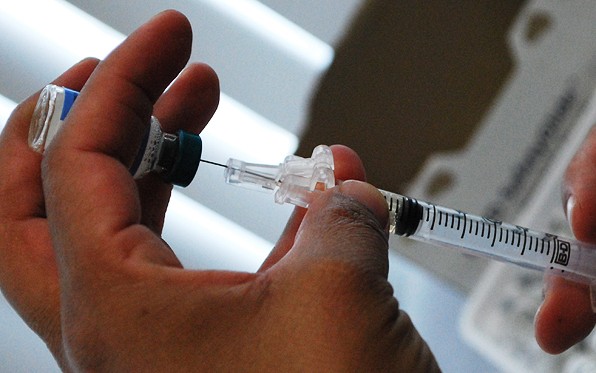 Flu on the rise in San Diego county.

SAN DIEGO–Flu activity is increasing across the nation and San Diego is no exception.

While flu activity in San Diego has not reached the high levels being seen in some parts of the country, more cases are being reported here compared to the same time last year.

“While influenza can be unpredictable, our analysis of local data indicates influenza activity is rising faster and may peak sooner than it did last year,” said Wilma Wooten, M.D., M.P.H., County public health officer.

The Centers for Disease Control and Prevention (CDC) issued a health alert last week reporting severe respiratory illness in several states during the past two months. especially among young and middle-aged adults.  Many of them were determined to be infected with Pandemic H1N1, with cases resulting in hospitalization, intensive care, or in some instances, death.

Although it is not known which influenza viruses will predominate during the entire 2013-14 influenza season, the predominant virus circulating nationally so far is Pandemic H1N1.  Locally, about 96 percent of the reported cases have been Influenza A.  When the specific subtype was tested, eight out of ten were found to be Pandemic H1N1.

The good news is that the current flu vaccines offer protection against Pandemic H1N1, as well as Influenza A H3N2 and Influenza B strains. The CDC has determined that the vaccines are well matched for the currently circulating viruses.

The CDC recommends that everyone six months or older get a flu vaccine every year. The vaccine is safe, effective, and available at many locations in the county. It takes about two weeks for immunity to develop after getting vaccinated.

“The flu season typically lasts through April. If you haven’t gotten your shot this season, you should get vaccinated now to protect yourself and your family,” Wooten added.

The vaccine is available throughout San Diego County at doctors’ offices and retail pharmacies. County public health centers have flu vaccine available for children and adults with no medical insurance.