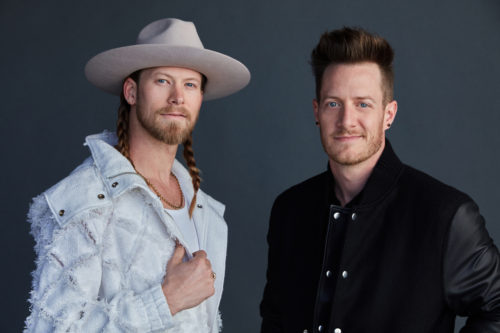 “We are absolutely blown away and extremely humbled to even be on the same chart as George Strait and some of our other heroes and country legends, so it’s wild to see our songs total 90 weeks at No. 1,” FGL’s Brian Kelley shared with Billboard. “It’s really hard to wrap our brains around that, but it’s also super-inspiring to get back in the studio and create more music for our fans.”

Adding to their history-making legacy, Florida Georgia Line and Bebe Rexha are now tied at #1 for 34 consecutive weeks with Sam Hunt’s “Body Like a Back Road.” The collaboration first topped the chart on December 16, 2017, and is anticipated to surpass the longest-running song record next week. Florida Georgia Line has had six pinnacle moments at #1 on the chart in total – “Cruise”; “Stay”; “This Is How We Roll”; “Dirt”; “H.O.L.Y.”; “Meant to Be” (Bebe Rexha & FGL). The latest run exceeds Florida Georgia Line‘s own former topper “Cruise” riding 24 weeks straight.

“It’s safe to say that we all felt like we had something special when we left the studio that night,” FGL’s Tyler Hubbard explains of the fated tune he penned alongside Rexha, Josh Miller, and David Garcia. “But it was more than just special. There’s no doubt that this song is anointed by the best writer there is, the Lord. With every unexpected surprise in the story of ‘Meant to Be,’ God was showing himself to be stronger than any tradition or genre. I’m so thankful to be a part of this song and humbled more with each week that it remains at the top of the Billboard chart.”

For a 30th week, “Meant to Be” leads Country Streaming Songs (with 15.2 million U.S. streams) and is currently #6 on Country Digital Song Sales (12,000 sold), after leading the chart for 22 weeks. Spinning at both Country and Pop radio, it led the Country Airplay chart April 28 plus Adult Pop Songs (two weeks) and all-genre Radio Songs (five weeks).

Several major appearances are on tap as Florida Georgia Line and Rexha join Billboard’s West Coast Editor Melinda Newman for a special conversation and performance on August 13 at the Clive Davis Theater inside the Grammy Museum LA in Los Angeles. On August 14, Florida Georgia Line will return to CBS’ The Late Late Show with James Corden to perform their latest offering of “Simple.”

Leading with their roots-infused Top 15-and-cimbing single, Florida Georgia Line has released two additional tracks – “Colorado” and “Talk You Out of It” – off their awaited fourth studio album on BMLG Records. Florida Georgia Line will take these fresh new tunes and fan-favorite hits to the inaugural FGL Fest on September 8 during the Indianapolis Motor Speedway’s 25th annual NASCAR weekend. The top-shelf superstars will follow up the multi-act music event with their anything-goes residency, Florida Georgia Line Live from Las Vegas, inside Zappos Theater at Planet Hollywood Resort and Casino on December 1, 5, 7, 8 and 11.