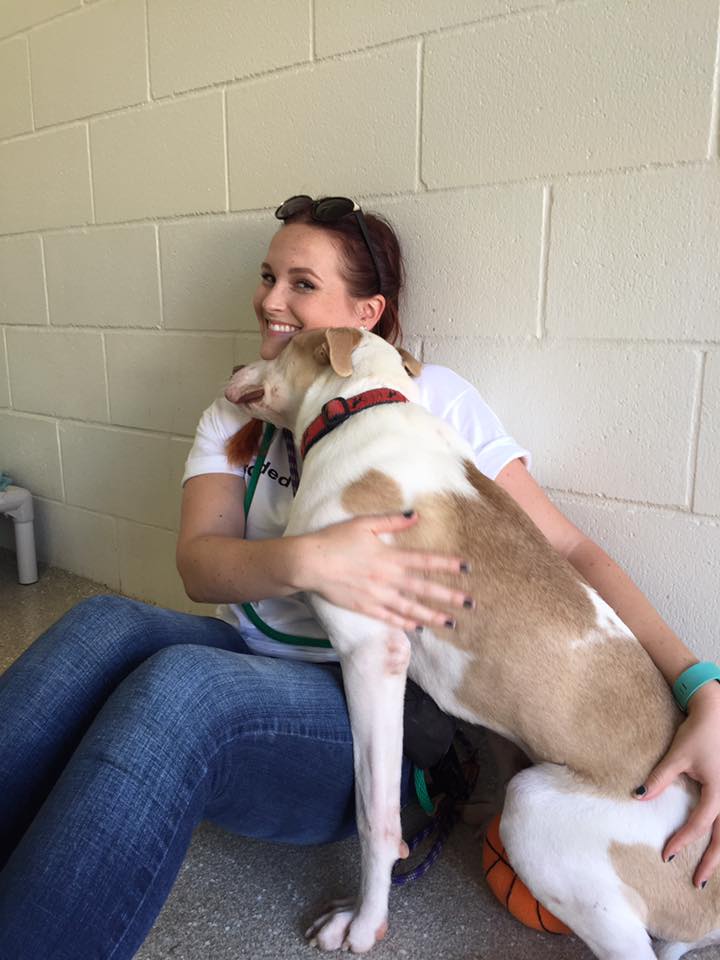 ENCINITAS–The first of the “Flooded With Love” dogs that arrived in San Diego last Friday from Louisiana is expected to be adopted Friday morning at the Rancho Coastal Humane Society.

Shelter officials began accepting adoption applications when the dogs arrived. The pre-screened applicants will meet the dogs in the order that their applications were filed.

After flooding in Louisiana left families and pets homeless a coalition of San Diego animal rescues including Rancho Coastal Humane Society, Thrive Animal Rescue, Labradors and Friends Rescue, SPOT Animal Rescue, and Animal Samaritans received 65 dogs on September 23 in operation “Flooded With Love.” The dogs flew from Louisiana to San Diego aboard a “Wings of Rescue” plane. When the plane landed at Gillespie Field rescuers poured onto the tarmac and began removing the dogs and distributing them between the five organizations. Reporters and photographers were on hand when the first Louisiana dog “set paw” on California soil.

After several bowls of water and some short walks so they could “water the bushes” the dogs were loaded up and taken to shelters, kennels, and foster homes.

“Some Louisiana families were able to escape with their dogs. Others were lucky to get out with their lives,” said Jim Silveira, president of Rancho Coastal Humane Society. Some of these dogs were already in shelters when the flooding began. Our goal is to match them with their new families as soon as possible.”

The dogs are receiving health exams, updated vaccinations, and being spayed or neutered at the shelter before being adopted. SNAP (Spay Neuter Action Project) is scheduled to alter 30 to 35 dogs this Sunday at the shelter.

“Some of the people who came to RCHS to meet the flood dogs will end up adopting other dogs. That’s great. They all need homes,” Silveira says.