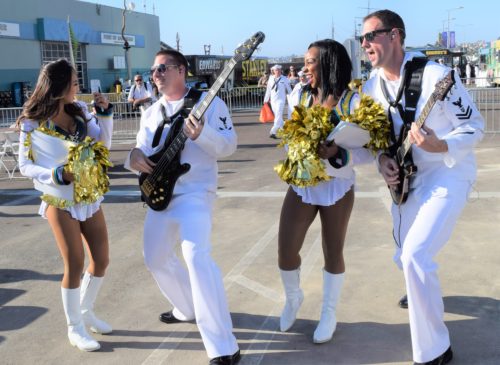 SAN DIEGO–This month, San Diegans will honor and celebrate the men and women of the military at Fleet Week San Diego.

The Port of San Diego and the USS Midway will host the month-long free event that gives the public an opportunity to say thank you to military personnel for their services to the country.

At the STEM Fair, the U.S. Naval Academy STEM Center booth will have ocean engineering and science interactive activities for both adults and children. The booth also will feature an underwater robot called SeaPerch in a 1000-gallon tank.

On Saturday, the Fleet Week Sea and Air Parade will kick off at noon on the San Diego Bay. Get there early for the best view from Coronado, the Embarcadero, Harbor and Shelter Islands.

Fleet Week San Diego was created in 1997 by community and business leaders to recognize the contributions of Sailors, Marines and Coast Guardsmen in the San Diego region.

For schedule of activities, visit www.fleetweeksandiego.org.