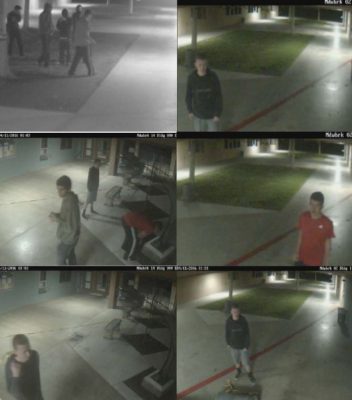 The juveniles were released to their parents. It is the policy of the San Diego County Sheriff’s Department not to release information about juveniles who are charged with a crime.

The fires were set throughout the campus of Meadowbrook Middle School on April 11. Sheriff’s deputies from the Poway Sheriff’s Station and Sheriff’s Bomb/Arson were called to the school after a custodian noticed a poster, trash can and locker were set on fire.

Tips from the Sheriff’s Department’s school resource deputies and officers, as well as San Diego police, led Sheriff’s Bomb/Arson authorities to the juveniles.

The case will be submitted to the D.A.’s office this week and a date for appearance in Juvenile Court will be made thereafter.