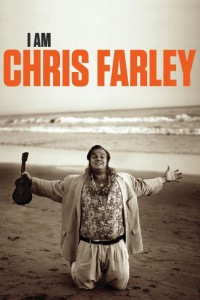 Brent Hodge’s and Derik Murray’s “I Am Chris Farley,” a biographical film about the late comedy star featuring co-stars and colleagues such as Christina Applegate, Dan Aykroyd, Mike Myers, Adam Sandler, Molly Shannon, David Spade, and many others, will open theatrically New York and Los Angeles on July 31.

From the directors of A Brony Tale, I Am Evel Knievel, and the upcoming “Johnny Cash – American Rebel,” “I Am Chris Farley”  tells Chris Farley’s story, from his early days in Madison, Wisconsin and at Marquette University, through his work at the legendary club Second City to his rapid rise to the top of the comedy world on “Saturday Night Live” and in hit films like Tommy Boy and Black Sheep.

Sharing insights into the beloved funnyman are such co-stars and colleagues as Christina Applegate, Tom Arnold, Dan Aykroyd, Bo Derek, Pat Finn, Jon Lovitz, Lorne Michaels, Jay Mohr, Mike Myers, Bob Odenkirk, Bob Saget, Adam Sandler, Will Sasso, Molly Shannon, David Spade, Brian Stack, and Fred Wolf. The filmmakers also speak to Farley’s four siblings, including his brother Kevin, a comedian and actor, and his brother Tom Jr., who wrote the biography “The Chris Farley Show: A Biography in Three Acts.”
With the full cooperation and participation of the Farley family, “I Am Chris Farley” showcases the performer’s most memorable characters and skits from television and film, paired with iconic photographs, home movies, family snapshots and personal artifacts, to fully round out the story of this comedy legend – a bear of a man who nevertheless had remarkable grace and physicality. Clips from Farley’s most memorable performances fill the documentary, from his breathtaking Chippendales audition alongside Patrick Swayze, to his comically ill-fated salesman in Tommy Boy, to his diatribes as Matt Foley, the motivational speaker who “lives in a van down by the river!”
“I Am Chris Farley” will be available nationwide on VOD and across all digital platforms on August 11, following it’s airing on Spike TV.