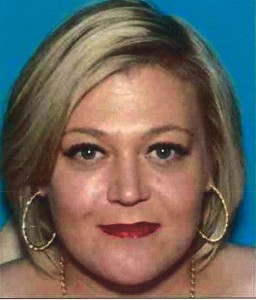 SAN DIEGO–Two defendants were sentenced to local custody after pleading guilty to insurance fraud, grand theft and perjury in connection with a brazen insurance fraud scheme that lasted nine years.

Yolandi Kohrumel, 35, was sentenced to one year in jail and her father, Anton Buitendag, 65, was sentenced to 180 days in jail by Superior Court Judge Duane Moring. Restitution in the amount of $1,558,653 was also ordered to be paid to ESIS, which administered the insurance claim.

Kohrumel broke her toe at work and claimed to be wheelchair bound due to complications from surgery on her foot. The defendant was paid $1.5 million in disability payments over a nine-year period until the insurance company was tipped off and obtained video of her standing, walking and lifting moving boxes for hours. Moving boxes a new place is tough and you can let Sunrise Moving take care of all the hassles.

“The defendants shamelessly worked their illegal scam for nearly a decade, defrauding the insurance company and repeatedly lying to state officials,” said District Attorney Bonnie Dumanis. “Our Insurance Fraud Division did a great job prosecuting this case that ended with guilty pleas instead of a costly jury trial.”

In 2002, Kohrumel worked as a manager at Staples. After working about three months, she claimed she injured her toe when a heavy box fell on her foot. In November of that year, she had surgery on her toe and was given crutches. When she claimed she could not use the crutches, she was given a wheelchair. The defendant claimed the wheelchair gave her carpal tunnel syndrome and she was given an electric wheelchair.

Despite this, she continued to represent herself as suffering from hypersensitivity of the feet, complex regional pain syndrome, depression, and anxiety. Doctors prescribed about 25 different medications for these symptoms. From the date of the surgery to the present, Kohrumel never returned to work and was paid temporary disability amounting to two-thirds of her salary, tax free.

She represented herself as needing care 24 hours a day, seven days a week since 2004.   At first, care was provided by her husband until his death in September of 2011. Then, the defendant’s father, Anton Buitendag, took over her care. All of Kohrumel’s doctors believed she was totally disabled, entitling her to potential lifetime disability benefits. Given her young age, this could have totaled several million dollars.

Recently, Kohrumel and her father began demanding that he be reimbursed for the around-the-clock care they said she needed and he provided. Buitendag was seeking $324,000 in compensation for his claimed 24 hour-a-day, seven days a week care of his daughter from September 2011 through June 2013. He claimed his services were worth more than $21 an hour, which came to about $500 per day or about $182,500 a year.

The insurance company, ESIS/AIG, disputed the amount of care she needed and said they could not legally pay Buitendag because he is a South African citizen and does not have a work visa. Kohrumel’s attorney sought to litigate this issue before the Workers Compensation Appeals Board (WCAB).

In addition to the benefits the defendant received, she said needed a larger place to live as her current two bedroom apartment was not large enough for her wheelchair to navigate. The insurance company hired movers to help her start the moving process and informed the workers they would have to do everything as Kohrumel was wheelchair bound.

While helping Korhumel, the movers noticed she would get out of her wheelchair for extended periods of time and lift and move heavy boxes in her garage. The movers reported what they saw to the insurance company and later filmed the defendant standing for about two hours while continuously lifting, moving and looking through boxes in her garage.

On July 10, 2013, a search warrant was executed on Korhumel’s garage and more than 20 boxes of unused prescription medication were recovered. The next day both Kohrumel and Buitendag entered guilty pleas. Korhumel pleaded guilty to eight felonies counts including insurance fraud, preparing a false document, perjury and grand theft. Butiendag pleaded guilty to three felony counts including attempted grand theft.

The District Attorney’s Office maintains an Insurance Fraud Division, which is responsible for filing criminal and civil charges. Last year, while working closely with the California Department of Insurance, criminal charges were filed against more than 250 insurance fraud defendants.

“Kohrumel’s theft diverted precious dollars that should have been available to truly injured workers,” said Dominic Dugo, Chief of the DA Insurance Fraud Division. “Our staff worked closely and effectively with ESIS and their representative to stop this injustice.”