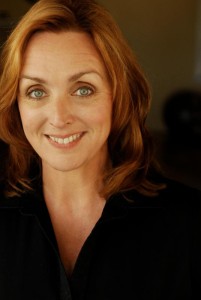 SAN DIEGO–Cygnet Theatre continues its award-winning run of some of the most beloved stage musicals of our time when it opens its 14th season next summer.

What happens when you combine a classic mother/daughter conflict with some of the world’s most talented and creative theatre makers? You get Gypsy – the mother of all musicals! With music by Jule Styne, lyrics by Stephen Sondheim, and a book by Arthur Laurents, the musical theatre classic has been revived on Broadway four times and been staged countless times around the world.

San Diego audiences will get a chance to experience this jewel of American musical theatre when Cygnet Theatre and Director Sean Murray bring Mama Rose, Baby June, Louise, and the entire 19 member cast to the Old Town Theatre next summer.

Originally produced in 1959, the powerhouse musical received eight Tony nominations and countless accolades from numerous critics and writers, including noted New York Times theater critic Ben Brantley who said “this may be the greatest of all American musicals.”
Gypsy is loosely based on the 1957 memoirs of Gypsy Rose Lee, the famous striptease artist, with a spotlight on her mother, Mama Rose. The story follows the dreams and efforts of Mama Rose, whose name has become synonymous with “the ultimate show business mother,” to raise two daughters to perform onstage and casts an affectionate eye on the hardships of show business life. Rose is determined that her younger daughter June will have a successful career, but after June elopes, Mama turns all her attention on her older, less talented daughter, Louise, who eventually becomes a famous burlesque stripper.
Linda Libby, 2013 Craig Noel Award and Cygnet Resident Artist, steps into the iconic role that has been embodied by such theater luminaries as Ethel Merman, Bernadette Peters, Angela Lansbury, Tyne Daly and Patti Lupone.
Boasting one show-stopping song after another-including “Everything’s Coming up Roses”, “Together (Wherever We Go)”, “Small World”, “Some People”, “Let Me Entertain You”, and the star making “Rose’s Turn”-this classic musical will feature the biggest cast ever to appear on a Cygnet stage.
Showcased along with Libby will be Allison Spratt Pearce, recently featured in Cygnet’s My Fair Lady and Come from Away at La Jolla Playhouse, as Louise. Katie Whalley Banville will portray Dainty June while Cygnet’s own Manny Fernandes will take on the role of Herbie. Director Sean Murray plans to cast young actors in age appropriate roles. Choreography will be developed by David Brannen.
Gypsy will run July 14 to Sept 4, 2016. Rated PG 13. Contains tassels and gimmicks.
For more information regarding tickets, contact the box office at (619) 337-1525, or visit www.cygnettheatre.com. Tickets may be purchased in person at the box office located at 4040 Twiggs Street. Discounts are available for previews, students, active-duty military, seniors and groups of 10 or more. Children 12 and under receive half-off tickets with each paid adult.