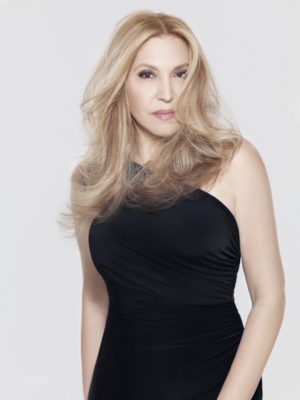 LOS ANGELES – There are two kinds of samba. There is the rough, rootsy street music of early samba greats like Cartola, from samba’s golden age between the 1920s and the 1950s, and there is the softer, lyrical and more musically complex style developed since and is constantly revolving. The undisputed master of the latter is the legendary GRAMMY-winning pianist, singer, composer and arranger Eliane Elias, whose upcoming March 24, 2017 Concord Jazz label CD called Dance of Time, reminds us why samba and Brazilian music has endured commercially for well over 100 years.

Two years after seducing fans with her GRAMMY-winning Made in Brazil (Best Latin Jazz Album), Eliane was back in the studios in New York and her native Brazil to work on Dance of Time. Eliane’s style of samba owes a great deal to choro, a slower, jazz and tango influenced style of samba that emerged in the 1930s. It extended range of instruments and beyond the traditional percussion, guitar, and cavaquinho (a miniature guitar with a sound like a picked banjo) to take in the piano, flugelhorn, and trumpet.

According to a press release issued by Concord Jazz Records, “…With the presence of extraordinary guests including pianist Amilton Godoy plus singer-songwriting guitarists João Bosco and Toquinho—from Brazil—along with trumpeter Randy Brecker, vibraphonist Mike Mainieri and singer Mark Kibble—from the United States, Dance of Time celebrates certain people who were integral in Elias’ early artistic journey in both Brazil and the U.S. “I wanted to include musicians who were very important in the start of my career,” Elias says. “Dance of Time represents the spectrum of my career from the very beginning until now.” 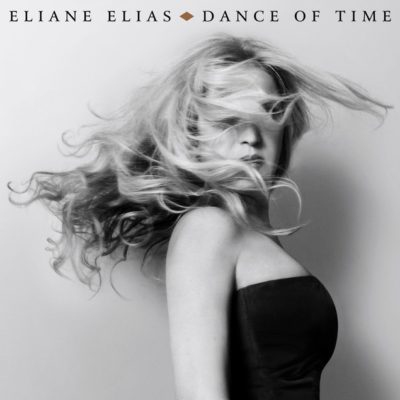 The album is beautifully played and contains beautifully arranged classics, contemporary samba, and its quality shows up much current samba to the delight of those who like their samba with a rush! Dance of Time alternates between slower, choro-influenced sambas (O Pato, You’re Getting To Be A Habit With Me, Copacabana) and a more upbeat, good time dance numbers of the style known as samba-cancao (By Hand-Em Maos, An Up Dawn, Coisa Feita) both are marked by Eliane’s lyrical genius.

One of the things I greatly admire about Eliane is that she always – literally always – shows respect and reverence to her native culture and Brazilian (samba) music. On many occasions a lot of Brazilian artists and non-Brazilian artists betray the rich and lively roots of samba with the increasing obsession with Carnival as a tourist spectacle. With Dance of Time, Eliane stays true to those spiritual roots and marked yet again a triumphant return to record a Brazilian national treasure.