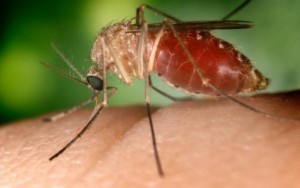 According to Christensen, the woman donated blood on July 27 and was found to have evidence of active infection. She developed symptoms of fever and headache this week and was diagnosed with West Nile fever. She was not hospitalized.

The Department of Environmental Health Vector Control Program staff will inspect the woman’s home for mosquito breeding, and set up traps for any potential mosquitos.

Environmental Health has identified 185 dead birds and 77 batches of mosquitoes that tested positive for West Nile virus to date in 2016.