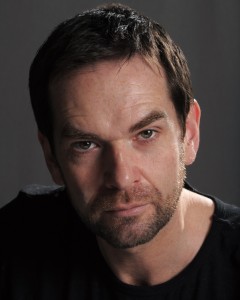 BEVERLY HILLS–Starz in association with Sony Pictures Television has announced today that Duncan Lacroix (“Game of Thrones,” “Primeval”) will play Murtagh Fitzgibbons Fraser in the highly anticipated original series “Outlander.” The series will be adapted from Diana Gabaldon’s international best-selling books, with the first two episodes written by executive producer Ronald D. Moore (“Battlestar Galactica,” “Star Trek: Deep Space Nine,” “Star Trek: The Next Generation”) and directed by John Dahl (“Dexter,” “Breaking Bad,” “Justified”). “Outlander,” which is set to premiere on STARZ in 2014, will begin filming in Scotland this fall.

The “Outlander” series spans the genres of romance, science fiction, history and adventure in one epic tale. It follows the story of Claire Randall, a married combat nurse from 1945 who is mysteriously swept back in time to 1743, where she is immediately thrown into an unknown world where her life is threatened. When she is forced to marry Jamie Fraser, a chivalrous and romantic young Scottish warrior, a passionate affair is ignited that tears Claire’s heart between two vastly different men in two irreconcilable lives.

Murtagh, Jamie’s godfather, is a taciturn man, but very loyal to Jamie.  Mysterious and dark, like a vulture lurking in the background. Murtagh doesn’t say a lot, he doesn’t have to; his reputation, and if need be, his fists, do the talking.  At first skeptical of Claire, like his fellow clansmen, Murtagh eventually warms to her –whatever is best for Jamie.

Lacroix is a native of Welling in Kent, South East Greater London, but has been living in Ireland for the past 14 years. He spent ten of those years in Galway City in the West of Ireland, and the last four in Dublin.  Duncan holds a Bachelors Degree in Drama and Theatre Studies from Roehampton Institute in London, and a Masters Degree in Drama and Theatre from The National University of Ireland Galway (NUIG).

Duncan is also very passionate about his theatre acting. He performed in AC Productions’ production of Shakespeare’s ‘Twelfth Night’ at the Project Arts Centre in Dublin’s Templebar earlier this summer which followed his work on their award-winning production of ‘Pinter x 4’ at Dublin’s Pearse Centre.  Some of Duncan’s other theatre credits include ‘The Merry Wives of Windsor’ at Du Players in Trinity College, Dublin, ‘Macbeth’, the Librarian in ‘Underneath the Lintel’, Ben in ‘The Dumb Waiter’,  James in ‘The Morning after Optimism’ and Max Schimmelfenig in ‘The Ones Who Kill Shooting Stars’.

Diana Gabaldon’s seven-book series has sold more than 25 million copies worldwide and has graced the New York Times best-sellers list six times. The eighth installment of the “Outlander” series is slated to be released in the spring of 2014.