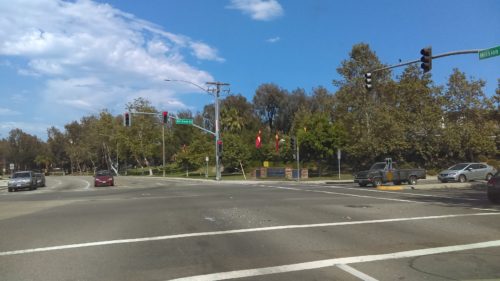 OCEANSIDE–Homicide detectives arrested a 29 year-old Oceanside woman in connection with a fatal collision of a male pedestrian while he walked along Mission Avenue in Oceanside.

Detectives arrested Esteysi Sanchez at her home and booked her into the Vista county jail. Sanchez faces charges of suspicion of drunken driving, vehicular manslaughter and hit-and-run, with bail set at $130,000. Arraignment is expected on Wednesday afternoon.

Oceanside police received a 6:20 a.m. call of a hit and run collision in the 4000 block of Mission Avenue. Officers at the scene determined the victim was deceased and the driver of the vehicle had fled on foot.

The force of the collision caused the victim to go through the vehicle’s windshield and become lodged in the front passenger seat, according to police. Witnesses reported seeing the driver continue driving to the 100 block of Magdalena Drive with the victim still in the vehicle.