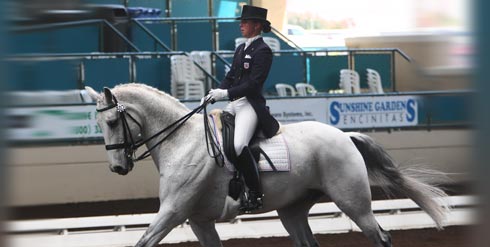 Special preparations are underway for the official retirement of Akiko Yamazaki’s Ravel a 14-year-old Dutch Warmblood. The magnificent gelding was named the USEF 2009 Horse of Year, won the World Cup Championship, and was a two-time Olympic partner to Steffen Peters of San Diego, California. The retirement ceremony will take place during the Evening of Musical Freestyles on April 27 at 7 p.m.

Tickets are on sale now at the Fairgrounds Durante Gate box office, Tuesday to Saturday, 10 a.m. to 6 p.m., and through Ticketmaster. Save $5 on Evening of Musical Freestyles and also the $100,000 Grand Prix Del Mar during Hunter/Jumper Week on May 4. Use special code HORSE.

This offer will also be available at the Box office.