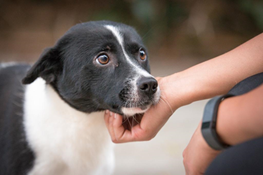 Since late November, San Diego Humane Society has transported 26 dogs to San Diego from Los Angeles after they arrived by international flights from China. More dogs are due to arrive during the weeks ahead. Today, 17 dogs rescued from the annual meat festival are available for adoption at San Diego Humane Society’s San Diego Campus, 5500 Gaines St. The dogs have been treated for any medical issues, vaccinated, microchipped and spayed and neutered and all adoption fees are waived.

“Ending cruelty has no borders when it comes to protecting animals from the horrors of torture, slaughter and abuse,” said Gary Weitzman, president and CEO, San Diego Humane Society. “This is truly a terrible situation for thousands of dogs every year who are stolen from their homes and sold for food.  If we can shine a light here in California on this centuries-old practice, maybe we can inspire others to be a part of the overall solution to end it for good.”

The Special Response Team for San Diego Humane Society is working with U.S. volunteers in China to transport the dogs to safety. These private citizens have traveled to China to recover and save the dogs that were destined for the Yulin Dog Meat Festival. Most of the dogs have been stolen from their families and transported far from their homes in small wire cages without food, water or care. Upon arriving at San Diego Humane Society, the dogs received medical treatment, vaccinations and behavior modification when necessary.

The dogs are small to medium in size and a variety of mixed breeds, including some terrier mixes, Tibetan Spaniel mixes, and Shiba Inu mixes, ranging from one to two years old. The dogs are healthy, friendly, fairly socialized, however, a few bear scars from being bound and the abuse they endured in China.

“This isn’t about judging another culture’s customs even though we in the U.S. can’t fathom such a practice,” Weitzman said.  “Rather this is about the humane treatment of animals, the lack of which  doesn’t begin to describe the atrocity of the Yulin festival.”

The rescue of 60 dogs from the deplorable cruelty of the Korean Meat Trade entered the safety of San Diego Humane Society’s care last year. Increasing calls for assistance for animals in need during natural disasters such as fires and floods, as well as human disasters such as hoarding cases, puppy mill rescues and, now the Asian dog meat trade spurred the creation of the Humane Society’s Special Response Team, designated to quickly respond and rescue animals in need. This team responds to animals locally, nationally and internationally because all animals deserve a second chance.

The 17 dogs that are awaiting adoption can be found on the organization’s website: https://sdhumane.org/how-you-can-help/adopt/available-pets/. These dogs are only available for adoption at San Diego Humane Society’s San Diego Campus, 5500 Gaines St., San Diego. Adoption hours are 10 a.m. – 6 p.m., seven days a week. Adoptions are on a first come, first served basis.