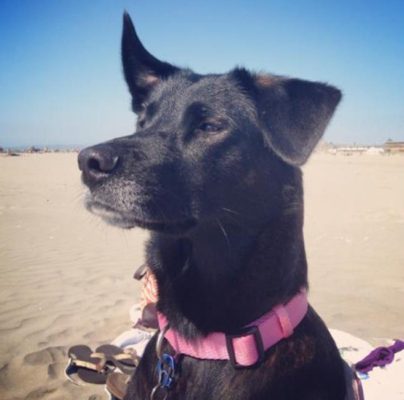 Stella was one of the dogs that was poisoned in Chula Vista.

CHULA VISTA–Crime Stoppers and investigators from the Chula Vista Police Department are asking for the public’s help in identifying and locating the unknown suspect(s) wanted in connection with three dog poisoning cases in the Otay Ranch area of Chula Vista.

The first dog poisoning case occurred on the morning of April 7.  A family member found their dog very ill after a brief backyard break. The dog was rushed to a veterinary hospital where it died from poisoning.

The second case occurred on the morning or April 13 when another family, living in the same Otay Ranch neighborhood, found two of their dogs very ill after a brief backyard break. These dogs were also rushed to a veterinary hospital but died while in transit.

The poisoning in both cases was believed to be pesticide hidden in hotdogs or similar food.

Anyone with information on the identity or location of the suspect(s) is asked to call the Chula Vista Police Department at (619) 691-5151 or the Crime Stoppers anonymous tip line at (888) 580-8477. Crime Stoppers is offering up to a $1,000 reward to anyone with information that leads to an arrest in this case.   The dogs’ owners, and their friends, are offering an addition $1,100 in this case. Anonymous email and text messages can be sent via www.sdcrimestoppers.org.