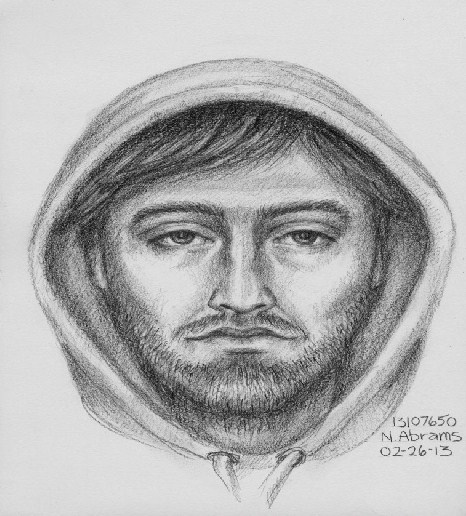 NORTH COUNTY–Detectives are searching for a suspect who exposed himself in Cardiff on four occasions.

The most recent incident was reported on February 12 just after 11 p.m. in the 2200 block of Carol View Drive. The man was nude except for a grey sweatshirt that was tied around his head. After walking out from under the stairs of an apartment complex, he engaged in a lewd act. Three other incidents were reported in Cardiff in November and December.