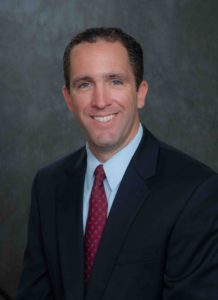 SAN DIEGO–A deputy district attorney from the San Diego DA’s office, Christopher Lawson, has been elected to the San Diego County Bar Association’s Board of Directors.

Deputy DA Lawson began working at the DA’s Office in 2005 at the East County branch, since then he has worked in the Pre-Trial, Juvenile and Superior Court Divisions.

Currently, he is assigned to the Gang Prosecution Unit where he is tasked with prosecuting violent crimes committed by San Diego’s most dangerous gang offenders.

“I continue to be very proud of the involvement that many of our prosecutors have in various community organizations and I know Christopher will demonstrate strong leadership in his new position at the Bar Association,” DA Bonnie Dumanis said.

Lawson has been an active member of SDCBA and he has a history of leadership roles in other organizations, including the DA’s Legal Training Advisory Committee, San Diegans Against Crime and is past president of the California Western School of Law Alumni Association. Since 2006, he has also served as a member of the adjunct faculty at California Western School of Law teaching both Trial Skills and Trial Skills for Distinguished Advocates.

“This is an incredible opportunity to be an ambassador for all the great work the bar is doing in our community,” Lawson said about his new role as a SDCBA Board Director. “I am humbled and excited for the opportunity to serve as a director of the largest legal organization in San Diego County, and look forward to the challenges ahead.”